Watch The Episodes of Your Favorite TV Series in the TV sErIeS cRaZe Blog Site! 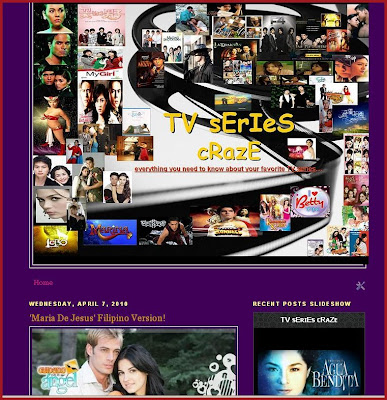 Missed the episodes of your favorite TV series? Haven't able to watch the important episodes of your avidly watched teleserye or Asianovela? Well, worry no more 'coz the problem was already solved!

The videos of your favorite teleserye episodes were regularly published in the TV Series Craze site and by clicking the video, you may now watched those episodes.

And the very first TV series episodes published in the site is the hottest Sunday afternoon mini-series which is Your Song Presents "Isla". 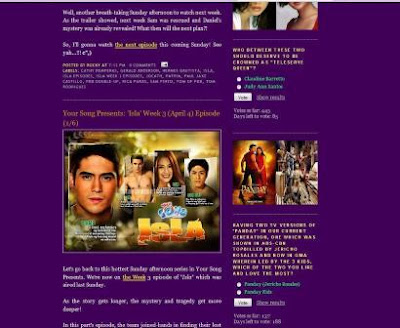 "Isla" episodes from Pilot to the Latest were Already Completed 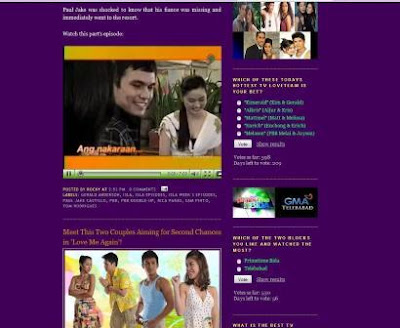 You Can Now View Those Missed Episodes! 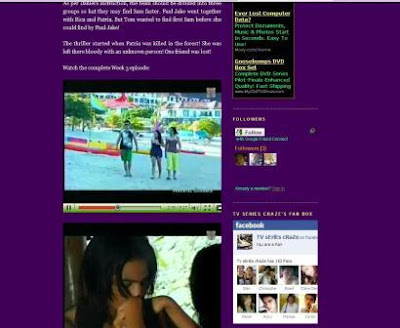 Part by Part They Were Published 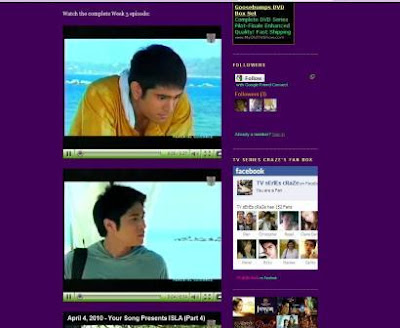 Feel the Heat and Excitement Continuously Without Commercial Interruptions
Actually the publishing of these exciting TV Series episodes just recently started on the first week of April. During the Holy week vacation, I then decided to publish and features exciting TV series episodes. And it was first applied on the Sunday afternoon mini-series "Isla". From its trailer, pilot episodes, to the latest last Sunday's episode, all were completed here! You can watch it continuously without any commercial interruptions!

And not only the regular TV series episodes were publish, even the other TV videos, teleserye trailers, Station IDs, and upcoming TV series were also showcased!

So what more do you want?! TV series reviews, upcoming TV shows, TV ratings both in Mega Manila and in the whole country, TV series updates, TV series stars, poll surveys, showbiz news in relation to TV series, video episodes, and everything and anything you want to know about your favorite TV series were all here. By locating its address as tvseriescraze.blogspot.com or simply TV Series Craze, you have now all the access in the TV series world!

Anything else?! What more do you want?! Basta teleserye anumang klase lahat narito...!!! See you there! c",)
Older Posts Home
Subscribe to: Posts (Atom)