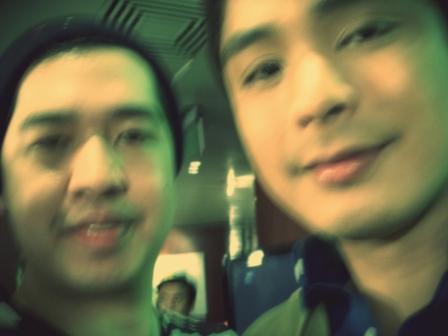 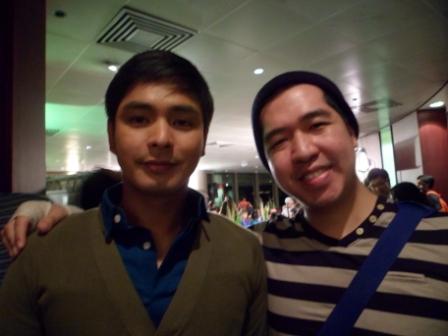 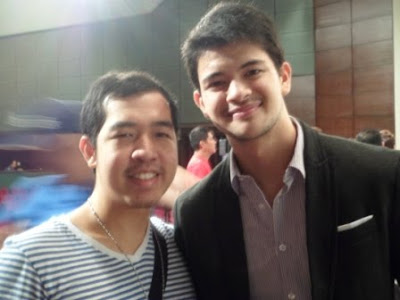 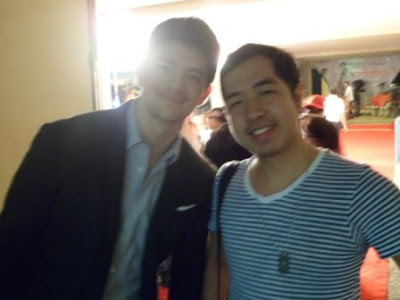 As I told you, this month of March here in The Rock Land will be a star-studded. I will use this month to share with you my different photos with the brightest celebrities. I wasn't able to immediately post my moments with them since I'm always busy with my career. Hopefully this March as my birthday blowout to all of you, I can share all. If not completed, maybe on the next succeeding months. :)

Let me start with you with Cristine Reyes' real-life boyfriend Rayver Cruz!

You can call us as "Double R" definitely because of our names - Rocky and Rayver! Here are our photos together: 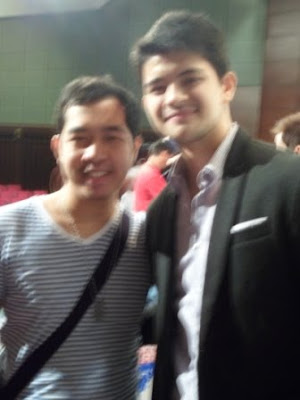 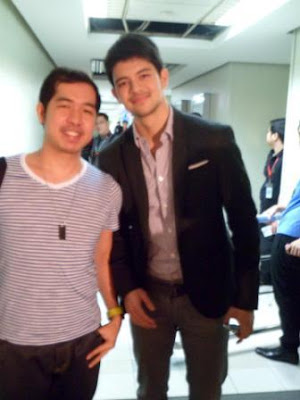 This was during the presscon of Pokwang's movie "A Mother's Story." Ate Pokie portrayed the mother of Rayver and Xyriel Ann Manabat in the story.

The said movie is my very first attended presscon. I already shared with you my photos with Ate Pokie, Xyriel, Aaron, and Ogie Diaz in my previous posts.

What can you say about me and Rayver? Do we have a resemblance?! "Grabe, ang tangkad ni Rayver sa personal! Malaki pa sa'kin...!!!" Hehehe... 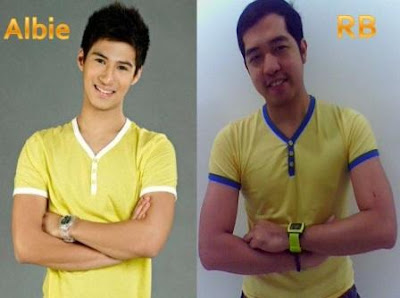 Spot the difference between the two of us?! Can you see any?! Or it's hard to find since the two of us really look alike?!

With so many similarities, Albie and I look almost the same! Yeah, we are twin brothers! Albie and I are identical twins! Though we have only one face, we have different destinies or career path. As they say "isang mukha, dalawang tadhana...", we're it!

Albie or Albie Casiño is today's hottest young actor who is said to be the father of Andi Eigenmann's baby! He rose to fame after playing the character of Christian in the phenomenal hit TV series remake "Mara Clara!"

RB or Rocky Batara is yours truly! Do I need to elaborate more myself to you since you already knew me from the start?!

Who do you love more between the two of us?! Who do you prefer between Albie and RB?! It's your choice! This is another issue of star-studded look-alike but this time, it's the twin edition! Now you knew that Albie has a twin brother who is RB! Great! c",)