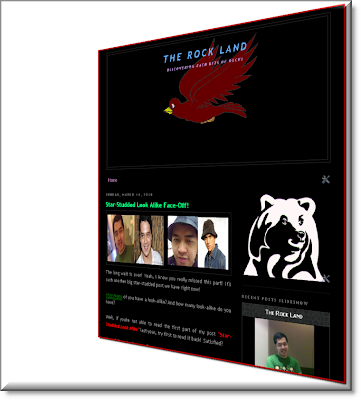 After Rockz Cafe, TV Series Craze, and Rhythm of the Rock, it's now time for The Rock Land! Yeah, your favorite and everybody's favorite blog site tambayan now conquers Facebook!

You can now follow me in the No. 1 Social Networking site. The Rock Land already have its own fan page. So, what are you waiting for, c'mon and become a fan!

Do you already visited Miming Negro, her cute little kittens and friends, our home sweet home, my humors, and of course, your one and only celebrity having many look alike?! Well if not, you have now so many times to bond with us! C'mon and let's jam! =) 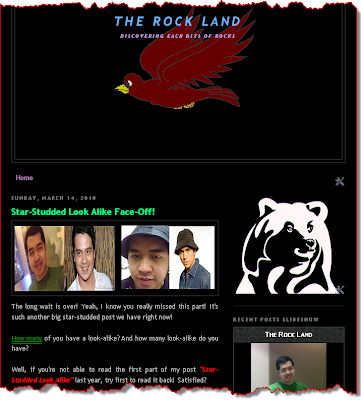 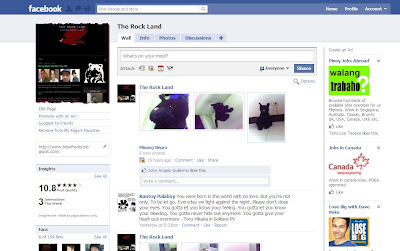 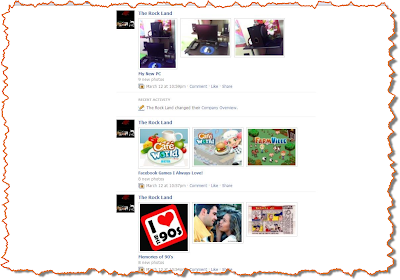 Scrolling Down the Page! 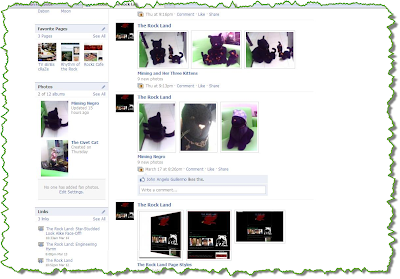 The least number of fans was the Rockz Cafe. Right now, it only had 90 fans noting that this was my very first blog site that had a fan page! But, it's ok. People really have their own preferences!

All the pictures that were not published in this site will be stored in the fan page. Some stories behind each post will be exposed there! You can be more interactive with me as well to my other friends with this fan page! You can post anything you wanna post! =)

Hayz, so glad to think! I'm so one proud blogger to see that my works were truly patronized by my avid readers. Now, they were not just an avid readers, but as a fanatic fans as well! So, if you're not one of us, come, visit and become a fan of The Rock Land!!! c",)
Older Posts Home
Subscribe to: Posts (Atom)