A Glimpse to the New Runner Rocky Website Design

Here is the said new design of our blog: 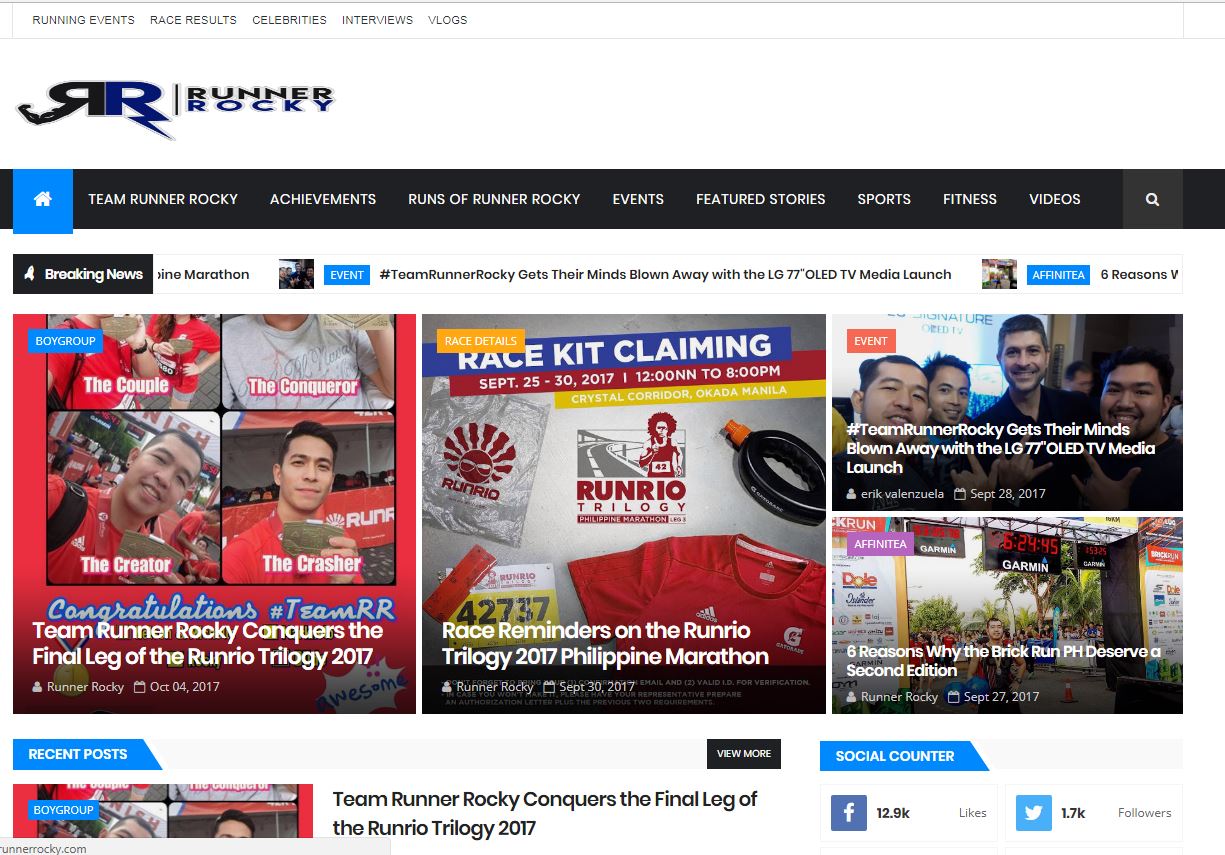 To see it live, feel free to visit it via www.RunnerRocky.com. There were plenty of interesting stuffs there not only limited to sports, fitness, or running events but also with exclusive celebrity interviews, featured stories, vlogs, and team's activities. 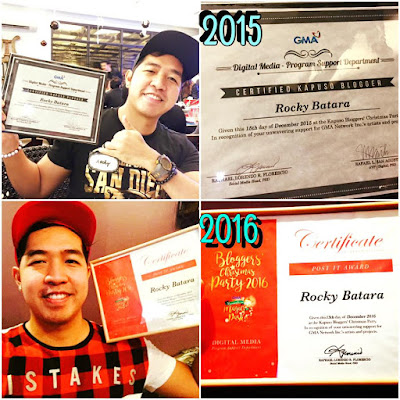 As I celebrate my second year anniversary in the running community and as I upgrade myself into the field of running and fitness, it's now time to upgrade my fitness blog as well!


And yes, it now clearly defines its three major topics - sports, fitness, and marathons! And my fitness interviews with the different celebrities and personalities are also featured in this new website.

Check out below a glimpse of the new www.runnerrocky.com: 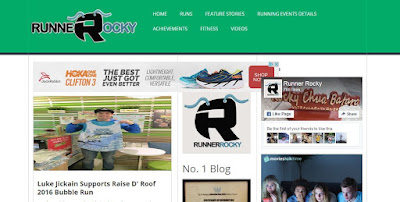 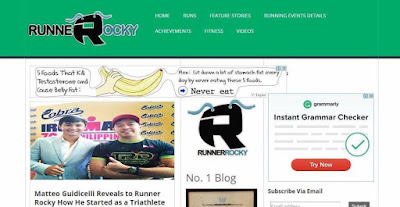 Green is the color theme of the new Runner Rocky. And different topics were also segregated in different tabs on the header.


We will be having a grand online launch of Runner Rocky's new website theme together with its new logo soon.

What can you say on the new Runner Rocky? What other suggestions can you give?! (RCB)

Winning No. 1 in the Top 10 Emerging Influential Blogs 2015 is More than a Dream Come True! 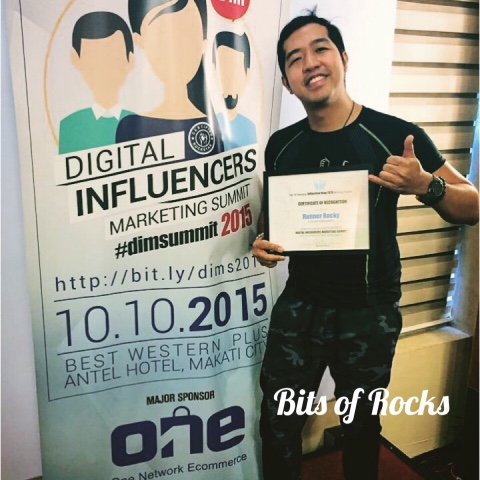 The hardworks finally pay off! Runner Rocky, my newly owned blog for fitness, sports, and running was recognized and awarded last Saturday, October 10, 2015 as one of the Emerging Influential Blogs for the year.

Runner Rocky took the No. 1 spot in this annual award organized by Influential Blogger and Ms. Janette Toral, an e-commerce advocate and founder of Digital Filipino.

Aside from being No. 1 in the ranking, Runner Rocky also created a new record in the history of this award as it is their very first winner with a sports and fitness niche.

Since 2010, it was always my own tradition every year to send my article nominees for this award even though I have no new blog. Two of my existing blogs today namely TV Series Craze (2010) and The Lifestyle Portal (2012) were also products of this writing project but sad to say, they didn't won! That's why I'm so much thankful that Runner Rocky made it for them.

The Certificate of Recognition for Runner Rocky being an Emerging Influential Blog: 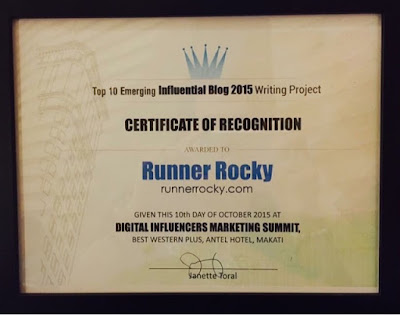 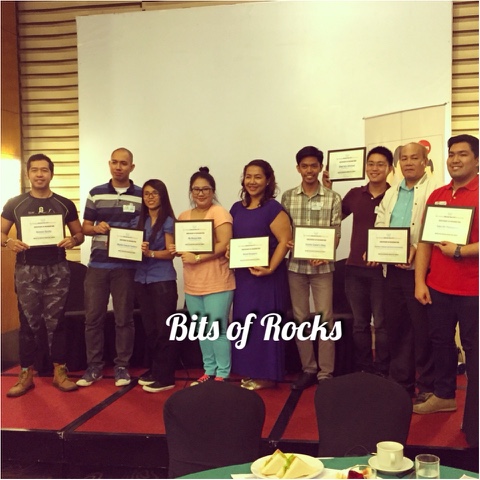 Yours truly Discussing the Success Story of Runner Rocky: 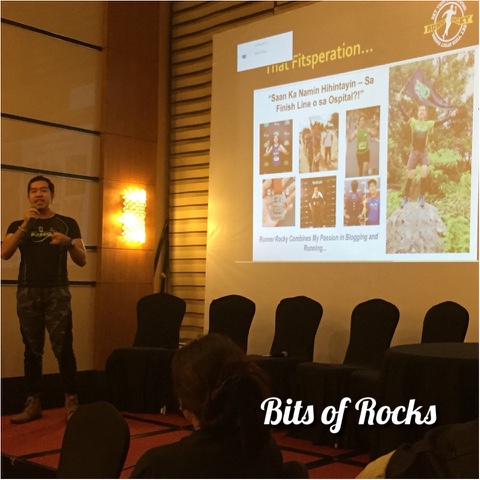 The Top 3 winners - me for Runner Rocky, Jay for Chef Jay's Kitchen, and Miyo for Take Off Philippines: 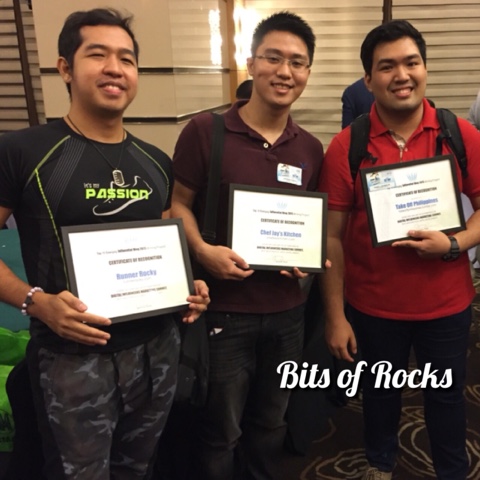 Receiving my Award Up in the Stage with Ms. Janette Toral: 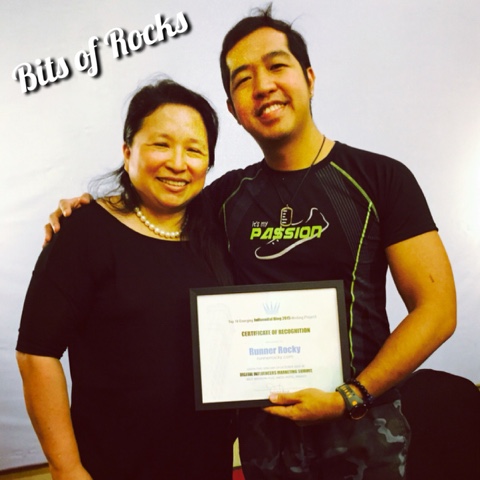 The day 10/10 (October 10) when the awarding ceremony took place truly served as a lucky day for me when I received this prestige recognition!

The whole story about this award is already up and posted in Runner Rocky. You may check it now at www.runnerrocky.com.

Once more, thank you so much for the votes, trust, and support making Runner Rocky a No. 1 emerging influential blog winner! I am now more inspire to blog and run at the same time. Let's all keep our passion in blogging! (RCB)

Rocky Chua 5:15 AM Comment
The well-loved, the most visited, and the trending entertainment website of yours truly which is TV Series Craze is now on its 6 Successful Years.

Being the creator of this successful site, I am so proud of its achievement. For 6 years now, it continuously evolves dominating the world wide web. As of this writing, it now gains more than 6.9 Million hits and visits. 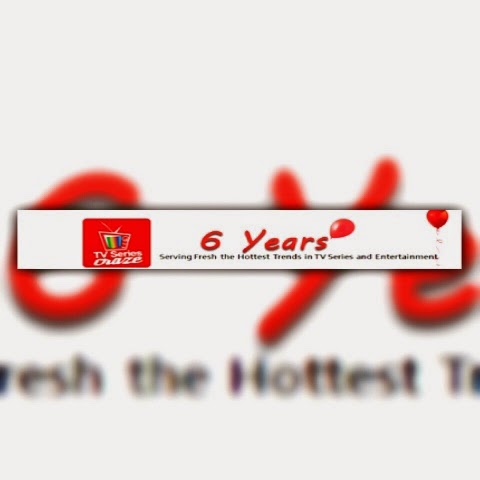 Its Facebook Fanpage which is
www.facebook.com/TVSeriesCraze now got more than 2,500 likes.

One of its major achievements this year, TV Series Craze now acquires its own domain via www.tvseriescraze.com.

And of course, we already had our new icon logo. Check it out below: 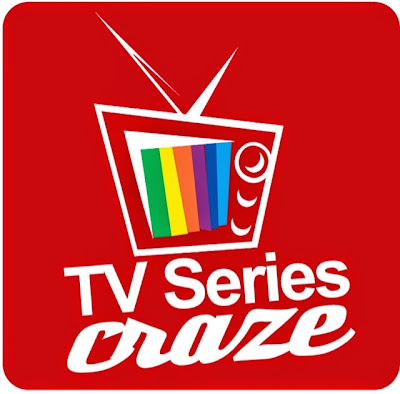 Thanks to my good bestfriend Romeo "Miyo" Briones Jr. of www.takeoffphilippines.tumblr.com for designing this cool red logo for TV Series Craze. 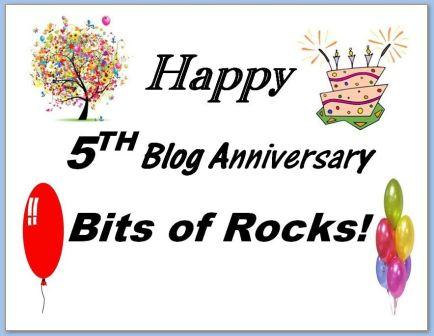 
It was 2008 the same date when this blog started. My self-titled poem called "Rocky" which I wrote in College and was published in our official Student Publication's literary folio served as my very first post here in this blog site. Well, you may check it out here in this link: Rocky


Started with a plain all black background with green font in the main title and white text font in the post body, this blog was my very first blog in the blogger's blogspot platform. It became the "Mother of All My Blogs" as from this blog emerged my other blogs with the different niche like Rhythm of the Rock, The Rock's Literary Collection, TECHkyrocky, and TV Series Craze.

Bits of Rocks in 2009 changed name to The Rock Land then to Rock Republic in 2012 but only for a week until it return back to Bits of Rocks the same year.  This is my personal blog site which tells everything you want to know about me as well as cool and humor posts with bits of lifestyle and entertainment. Until stars and different personalities join the Bits' bandwagon! 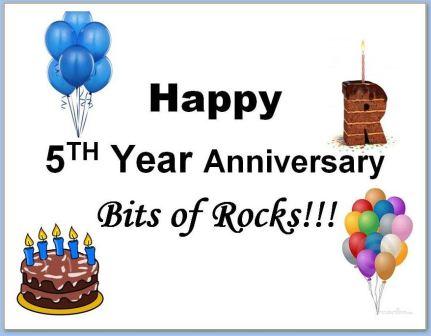 I'm so proud that my blog, my very first blog, this blog is standing strong and still! Being in the blogging community for 5 solid years now is really a great achievement! And I'm glad that this site even evolves!

As part of my month-long 5TH Blog Anniversary this month of March, I will share with you more exciting facts and trivia about this blog! For now, join me in greeting it:

It's really another milestone in my part. More years to come and best wishes Bits of Rocks...!!! (RCB) 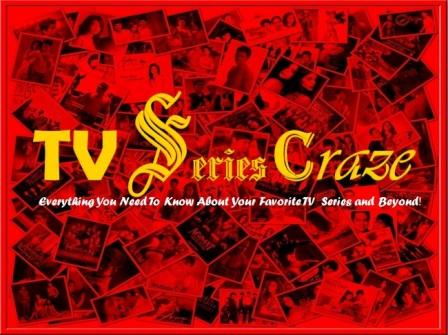