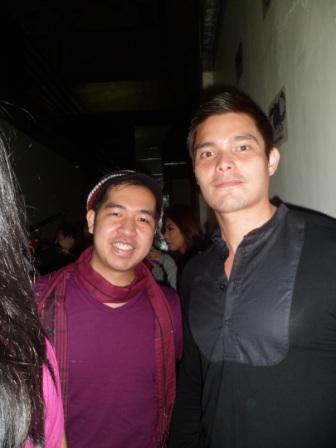 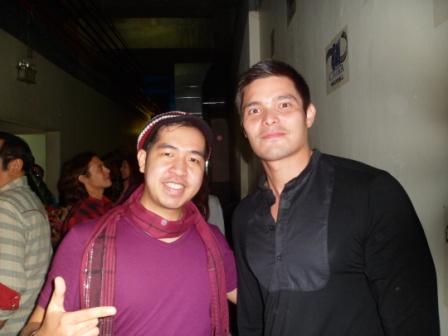 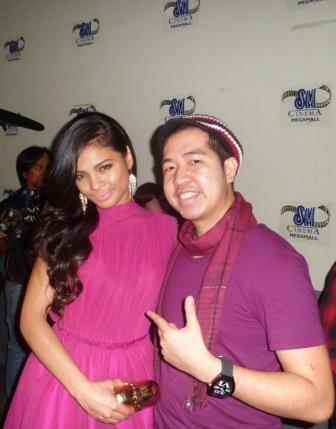 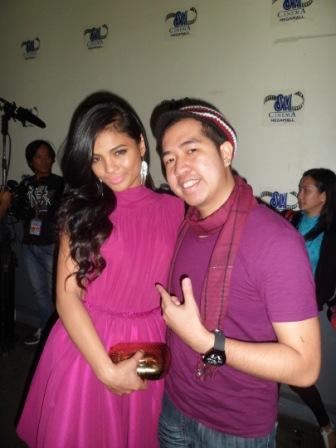 For the first time, I met in person the so-called "Horror Princess" Ms. Lovi Poe! Lovi once more stars in another horror flick, "Tiktik: The Aswang Chronicles."

I personally met Lovi during the Red Carpet Premiere Night of the said movie last October 15, 2012 in SM Megamall Cinema 9. It was so surprising to see that me and Lovi wore the same color of cloth. We were both in purple! Many says, "terno kami nang gabing iyon!"

We fitted one another! "Bagay na bagay daw kami!" We posted a chemistry on that prestige night.

We didn't only took our photos together, we even got a video! Yes, and in our video, we promoted the exciting horror movie released by GMA Films.

Well, here is our video. Let's all watch this:


Lovi is so kind, humble, and approachable in person! It was so opposite to her personality in person wherein she was always misinterpreted as 'mataray' or 'masungit!'

What can you say about our photos and video together?! Do I have a gut to be her next new leading man?! c",)
Older Posts Home
Subscribe to: Posts (Atom)