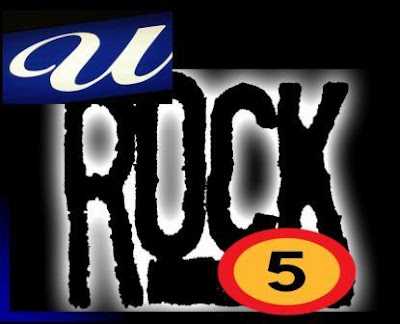 Last Friday during our Full Team Meeting (FTM), I gave another surprise to my teammates. This is called "U Rock 5"! What is it? And what's the significant of it?

Well, if I were to ask you, can you guess what is this so called "U Rock 5"? Actually before I announced or presented it in front of the whole team, I challenged them first to guess the meaning of it! And one of my teammates partially got the correct answer! 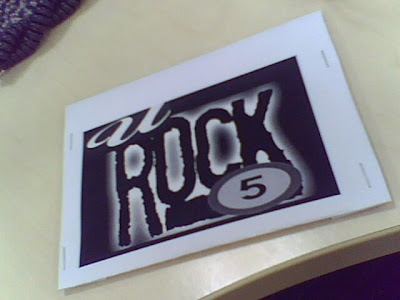 What's inside the envelop? 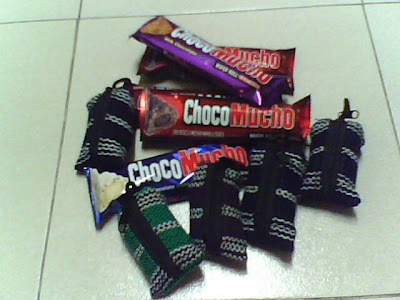 Since I was the one who assumed the role of a Test/Project Manager or Test Coordinator (specific term in our team which means Test or Project Manager) for a particular project then it became successful, I then gave back the blessings to my best performing people.

In my project, 5 people stood out! They showed their best to accomplished their assigned task. That's why I allotted a special recognition day to them called "U Rock 5"! U which means "you" or "them", then 5 which symbolizes the total number of my recipients!

Those 5 people received from me a Bravo card, a chocolate, and a souvenir item (a small pooch containing chocolates) which they can use later!

Yeah, they were so happy as I called their names! They were so thankful to me as they received their gift packs! Each of these 5 people happily posed a picture with me!

And before we concluded this mini-program of recognition, I promised to them that next time this would not only 5. Maybe on my next projects, this would become "U Rock 10" or maybe "U Rock All" defending on the performance of my teammates!

Indeed my recently held project as a Project Manager was successful knowing that I was very new for the said job role! And "U Rock 5" spoke a sign of thanks to my people who performed very well! C",)

PS. This design logo of "U Rock 5" is my very own artistic work! Like or love it?! Hehe! C",)
Older Posts Home
Subscribe to: Posts (Atom)