Rocky and Lally: The Lover and the Wife Meet!

Rocky Chua 2:32 PM Comment
Finally,  I was able to talk, mingle, and interview the GMA Telebabad Primetime actress Carla Abellana during our set visit in their hit teleserye "My Husband's Lover."

In the said teleserye, Carla is playing the character of Lally, the martyr and the loving wife and mother of two who has a bisexual husband.

In our talk, Carla willingly expressed her gratitude being part of today's controversial hit TV series. She even shared why she accepted the controversial role of Lally whom she considered as her most successful TV series project so far! I even put her situation in real life to the shoes of Lally - what if she has a gay husband in real life, what will she do?! Carla answered my tough question with humor and honestly!

Check out our photos together below: 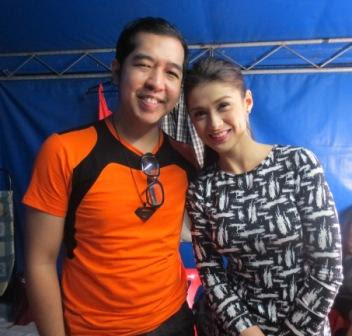 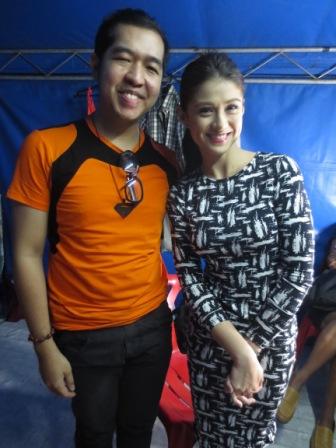 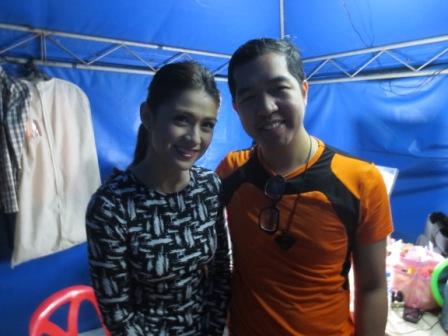 Yeah, Carla is truly kind, friendly, and approachable in person! So great meeting her!

A Cooking Experience with Camille Prats and Jolina Magdangal in 'Sarap Diva!' 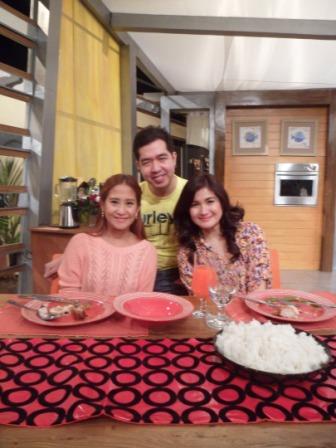 It was such a great experience to be part of the famous morning cooking show "Sarap Diva." Finally, I became one of the visitors of the Asia's Songbird Ms. Regine Velasquez in her own kitchen with a great ambiance!


When I entered the Studio 6 of GMA Network where every episode of the show is shot, it felt like I'm entering in a real kitchen of a real house. It all contain the things found in your own home sweet home from sofa to the dinning table. The sweet atmosphere truly makes you feel that you're at home!

I got more amazed when the show's host Ms. Regine came in the studio. As part of the show's program flow, Regine sings before or after the cooking session. Seeing her doing her stuff, I admired her more since she can shift from singing to hosting to cooking!

On the episode's taping, Regine's guest were two of the former "Ang TV" young stars Camille Prats and Jolina Magdangal who are now turned as celebrity wives. This also served as the reunion of these two former Kapamilya actresses.


In this episode, Jolina and Camille shared their own recipes. They cooked live the two dishes while having cool conversations with the Asia's Songbird. Jolina cooked the roaster pork ribs while Camille on the other hand cooked the marinaded pork.

While cooking the episode's featured dishes, the studio was filled with fun and laughter as the three ladies shared their own experiences. Jolina talked about her newly-wed life and her honeymoon with husband Marc Escueta. Camille then shared the feeling of greatness being a proud mother of Nathan. She was even admired by Regine and Jolens since at the young age, she was able to surpassed the great trials in her life. On the other hand, Regine shared how she can relate to Jolens being a newly married woman and to Camille being a proud mom!

Aside from Jolina and Camille, the other guests of Regine on this episode were the teen group Chicser and the comedianne impersonator Teri playing her housemaid Inday. The Chicser helped Regine sell her clothes via the portion "Ga-Reg Sale," an online garage sale wherein the proceeds will be donated to the Kapuso Foundation. .

The show concluded with Regine and Jolina singing the hit song "Only Excemption." Chicser also showed their moves dancing to the tune of the latest music including the "Gangnam Style!"

The complete episode of this Jolina-Camille guesting will be shown this Saturday, February 16, 2013 at 9:45am on GMA-7. It was such a great pleasure and experience to be part of the show! 'Till next time! (RCB)
Older Posts Home
Subscribe to: Posts (Atom)