Rocky Chua 4:02 AM Comment
As promised, here is my cool selfie collage with the YouTube heartthrob singing sensation, Sam Tsui!

Sam and his partner Kurt Hugo Schneider visited Manila for an Asian Tour Concert. I got a chance to meet, mingle, interview, and pose pictures with him!
Check out our selfie and wacky shots below: 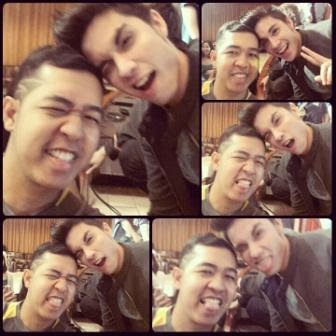 Sam is really cool, friendly, and approachable! His kindness and humbleness truly put him in stardom!

Great meeting you Sam! I really miss my moments with you! Hope to see you again soon! (RCB) 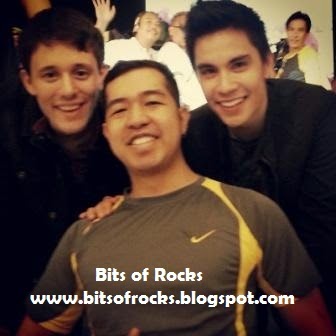 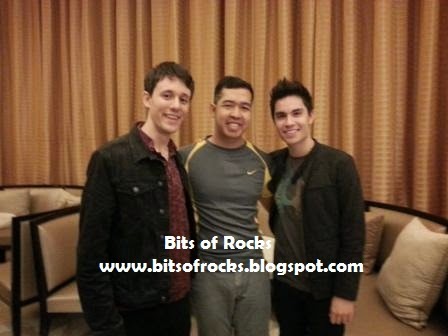 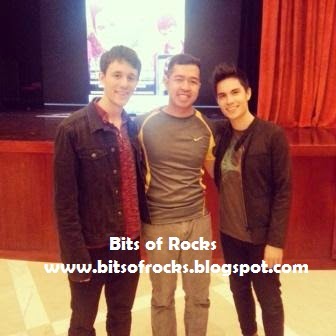 Today in the modern world, YouTube is the easiest medium for stardom. If you have the talents, guts, and charm, show it to the world via YouTube and you will instantly rose in fame!


Well, this is how these two heartthrobs started. Known for their covers and medleys, Sam Tsui and Kurt Hugo Schneider eventually became a popular YouTube duo who captivated the hearts of many fans (including me of course) around the world!


Many fans were really wishing to see these cute guys in person. Well, their wish was granted as they came live in Manila for the very first time via their Asian Tour Concert which took place in SMX Convention Center, Pasay City last June 25 and 26, 2014 where they performed and serenaded fans with their music! But prior to that said concert, I was lucky enough to meet, mingle, and talk to them in person during our grand presscon!

On the Monday afternoon of June 23, we had a fun lunch together with these boys in the Eclipse Lounge of Solaire Resorts and Casino. While enjoying our meal, we enjoyed at the same time asking questions to them. And yes, they answered our questions willingly and shared interesting facts about themselves. 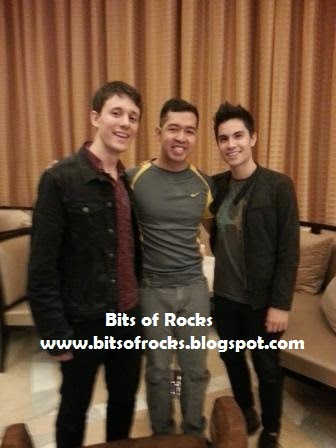 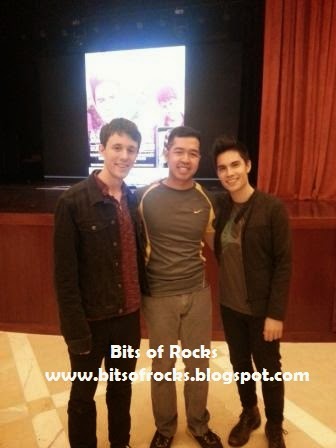 According to Sam and Kurt, they enjoyed doing collaborative covers of hit songs by Adele, Justin Timberlake, Britney Spears, Taylor Swift, Bruno Mars and Katy Perry. Their own-made versions of the hit songs touched thousands of people around the world!

The duo is really best in doing creative mash-ups! And yes, they gave sample of their cool mash-ups during the event! I will share with you one on my next post. :) The most notably mash-up they made is the Michael Jackson Medley!

Sam shared to me how he started from a humble beginning. Since he is inclined to music, he started his YouTube channel as a music-focused channel! Kurt then became his production partner to give viewers a creative touch of his cover versions. Eventually, each song on his channel garnered millions of views! To date, his videos have amassed over 500 million hits on YouTube alone and in 2013, debuted his original album "Make It Up." Wow!

On the other hand, Kurt also shared his own success story. It's glad to know that Kurt is songwriter, director and producer of films, music, videos, and recordings. He has over four million YouTube subscribers, 25 million monthly views, 800+ million total views, and over 150 videos on his YouTube channel called KurtHugoSchneider. Amazing!

Kurt is the man behind the production of most of Sam's music and videos, and also known for collaborating with other YouTube stars and musicians.

Sam and Kurt already created a big name for themselves on the internet. What more, their partnership truly created a bigger impact, a sure-fire viral hit! And me as a blogger and social media master joining them, what more can you expect?! #BiggestHit

Since I already started singing my cover versions of the different songs shared and uploaded in Sound Cloud and already have my two YouTube channels namely RockyBatara and  Vids of Rocks, I'm thinking to have a mash-up with them sooner in the coming days! What do you think?!

Sam and Kurt were already recognized in the mainstream. They already featured in the popular TV shows and different commercials in the U.S.A.

On my next posts, I'll share with you my cool selfies with Sam and Kurt so stay tune!  (RCB)