Up, Close, and Personal with Jayke Reyes! 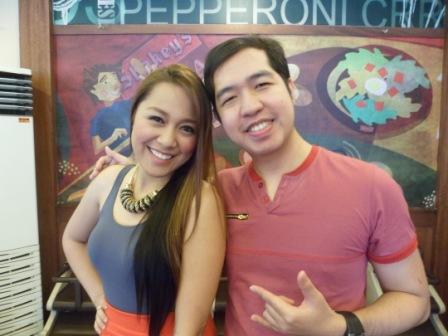 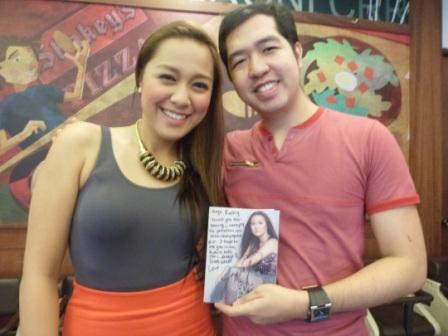 Jayke Reyes is the newest RnB and acoustic singer. She was raised in USA and now here in the country to launch her very first self-title album.

Last Saturday, March 2, 2013, I met in person this beautiful young soulful singer. I had a one-on-one interview with her (I'll share our video in my next post) where she shared some interesting things about her.

Jayke is only 19 years old. She loves singing and acting. According to her, if she will be given an opportunity to act in either movie or TV series project, she will grab it. But right now, she will focus first on her first album.

Her album is self-titled called "Jayke Reyes."  It contains 5 love songs. 4 of which were revivals and one is her original. Her carrier single is "Kay Palad Mo." The music video of this song is now hitting the world-wide web. It is a soulful song which tells about love, sacrifice, and heartaches. The hunk actor-model Ian Batherson is her leading man in the MV of her carrier single. 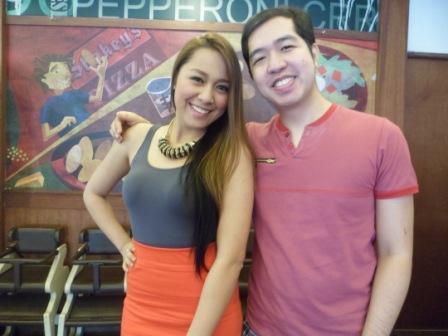 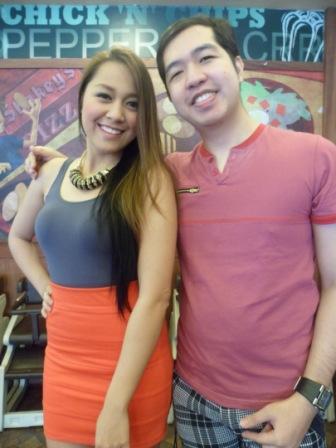 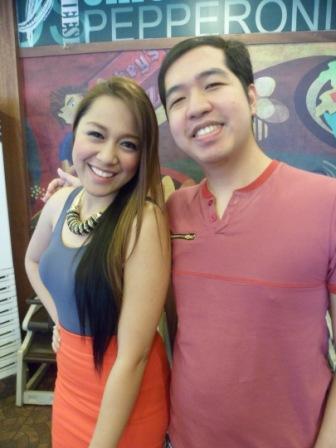 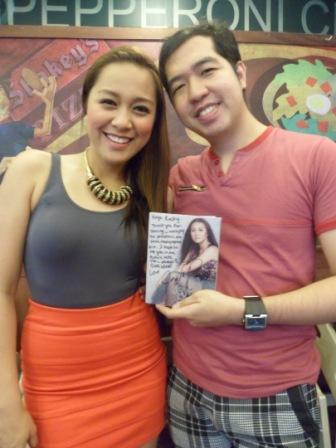 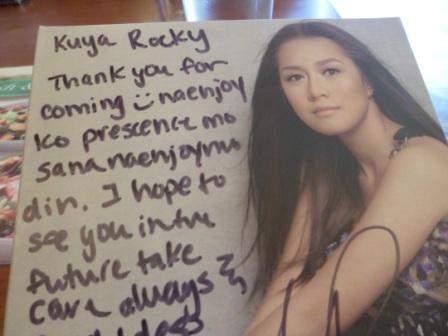 The other four songs included in her album are "Sana'y Pakaingatan Mo," "Perry's Will," "Paano Na Kaya,"  and "We're All This Together."

Jayke had her first TV guesting via the hit Sunday afternoon musical variety show "ASAP 18" where she had duets with the "ASAP" singers.

Jayke's favorite female singers were Angeline Quinto, Sarah Geronimo, Regine Velasquez, and Mariah Carey. In the male sides were Bruno Mars, Neyo,  and Gary Valenciano whom she wants to have a duet with in the future.

Jayke truly loves social media specially Twitter and Instagram. And take note, just like me, she really loves pictures! Well, as you can see, we have lots of pictures together! :)

Jayke even signed her CD which she gave to me with a personal dedication. According to her, she really enjoyed my presence!

On my next succeeding posts, I'll share with you our videos together. Nice meeting and hanging-out with you Jayke! (RCB)
Older Posts Home
Subscribe to: Posts (Atom)