Check out his fan greetings below: 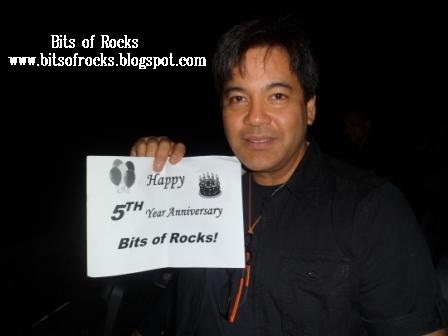 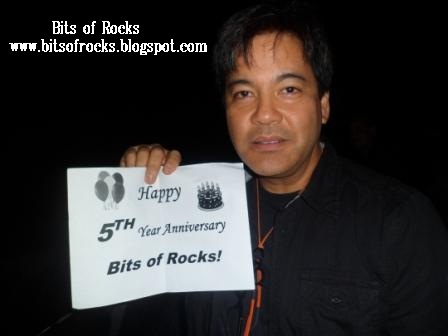 Martin sung many of the teleserye theme songs of the different TV series. His latest was "Maging Sino Ka Man" which is the theme of  "Juan Dela Cruz"

Martin's late night show with ABS-CBN called "Martin Late @ Night" just recently started. And later on, he will have the repeat concert of "Foursome" joining him with Pops Fernandez, Ogie Alcasid, and Regine Velasquez.

Thanks much for this Tito Martin! Good bless and more power! (RCB)

Rocky Chua 1:35 PM Comment
Let me share with you another set of celebrity photos. This time with the country's Icon of OPM songs Martin Nivera and of course with Lola Gets Ms. Gina Pareño.

This was during the red carpet advanced celebrity screening of today's No. 1 hit superhero series, "Juan Dela Cruz."

Check out our cool shots: 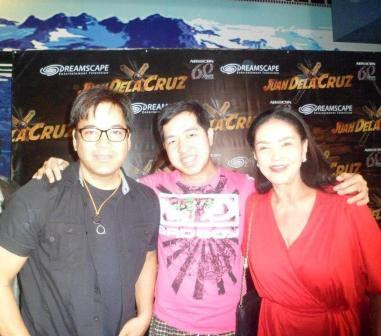 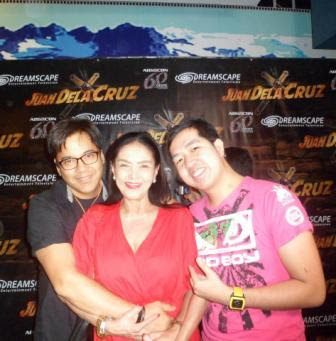 I'll share with you more more celebrity photos and videos in the coming days. Just too busy within these days! :)

This was actually my first time to meet in person Martin and Gina. And that really turned out great! 'Till next time! (RCB)
Older Posts Home
Subscribe to: Posts (Atom)