Rocky Chua 4:57 AM Comment
Thai heartthrob actor and today's in-demand endorser Mario Maurer made his new visit in the country to promote Thailand via an event dubbed as "Experience Thailand with Mario Maurer," August 6, 2016.
This was actually my third time to meet Mario - first was for "Suddenly its Magic" movie presscon in 2012 while second was in 2013 for "Pee Mac" premiere night.
Finally on our third meetup, I already had selfies with him. Check these out: 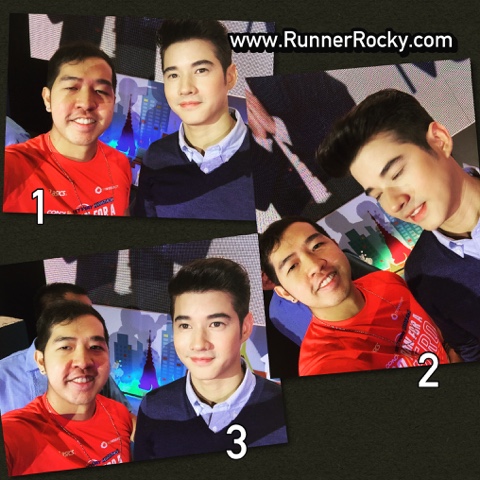 I already shared my story with Mario Maurer on my fitness blog Runner Rocky wherein he showcased his own version of Thai boxing! You may also check out my YouTube channel Runner Rocky for exclusive video clips of his new visit.
Great seeing you again Mario! 'Till your next visit! (RCB)
Follow Me on Instagram: @rockenroll_04
Follow Me on Twitter: @rockenroll_04
Like My Fanpage on Facebook:www.facebook.com/BitsOfRocks 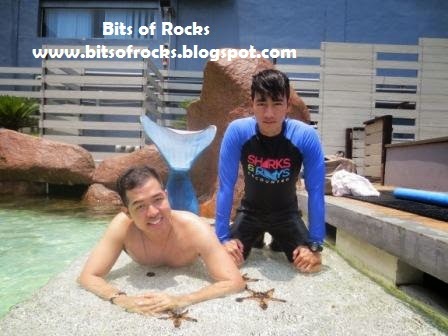 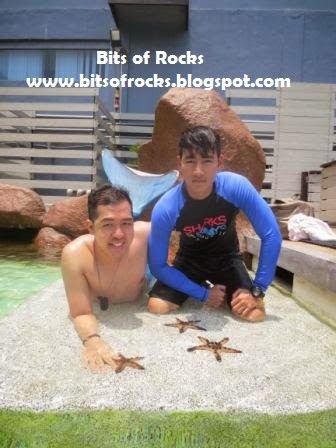 Mario Maurer is a Thai heartthrob actor who becomes popular in the country after leading in the movies like "Crazy Little Thing Called Love," "Love of Siam," "Pee Mak," and "Suddenly It's Magic." He already visited the country thrice to promote his movies and the local clothing brand wherein he is the endorser. I already met and mingled with him in person. But due to certain circumstances, I didn't got a chance to have a photo opt with him! :(


During our merman photoshoot for Manila Ocean Park's Mermaid Swim Experience, I got a swimming instructor with a face so familiar. Yes, he has a great resemblance with the Thai actor Mario Maurer. He even look and speaks like our very own actor Enchong Dee. His name is Gibran Karl Alonzo or you may simply call him as GK.


If his face is familiar to me because he has a lookalike actors, he was the first one who told me, "you look familiar." Unknowingly, we already friends in Facebook right before we met! Nice!

As I have said in my previous post, being a merman is fun and hard at the same time specially to the one like me who has no talent in swimming. What more, my feet were tight in a fish's tail making the swimming moves more difficult. Yes, I really felt nervous because I didn't know how to swim and to float my body in the water. But this feeling was lessen because of GK His kindness and patience broke the barriers!

Even though I'm a disobedient child in terms of swimming, he didn't left me and still help me overcome my fear. There was even a time that I accidentally hurt him dahil sa katigasan ng aking ulo. But still, his patience, kindness, and friendliness prevailed. He carried me to our starting location because I can't swim and float!

Here are some of our  behind-the-scene photos after our 'pahirapan sa paglangoy' moments: 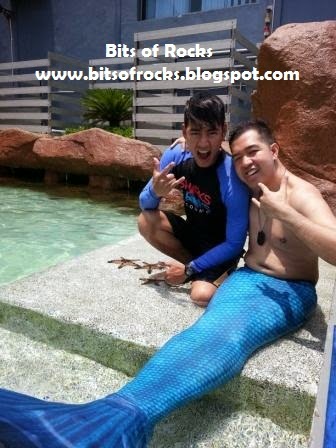 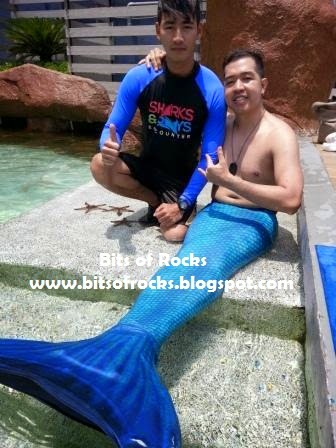 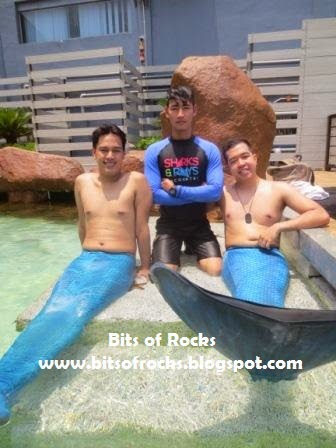 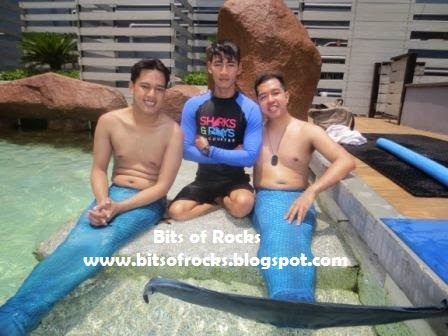 Actually, GK is a Sharks and Rays Trainer in Manila Ocean Park. Then, he was also assign as a mermaid / merman swimming instructor in this place's special attraction. Thanks God that he was assigned to me!

Prior to working here at Manila Ocean Park as a swimming instructor of sharks, rays, mermaids, and mermen, GK worked in Singapore as a manager of a huge burger company. He is also a part-time freelance model. He already appeared in the different print ad campaigns of famous clothing lines. I got amaze seeing his many creative, artistic, and hot modelling photos in FB and Instagram.

Not only because he looks like Mario Maurer, I admire GK because of his attitude. His character and quality as a person in and out were truly adorable! I'm proud that I met him in person! No wonder why I love to have more and more photos with him!

Thanks much GK and keep up the good work! See you again soon! (RCB) 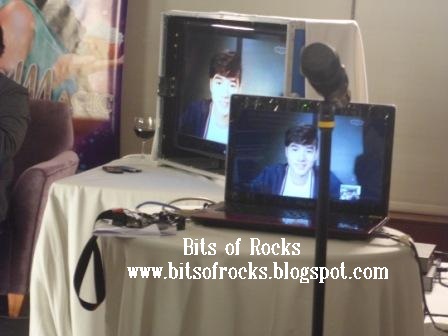 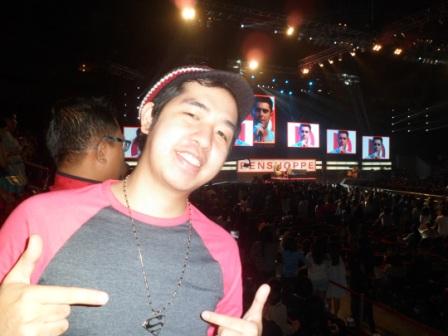 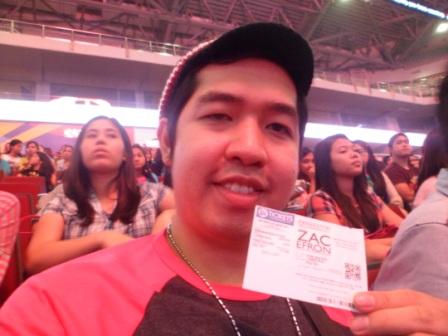 Zac Efron, the Hollywood A-lister hunk actor visited the Philippines on the last week of September for a vacation and for his Penshoppe endorsement.

I got a chance to see Zac in person during his exclusive Fan Conference in SM Mall of Asia Arena on a rainy night of Saturday, September 29, 2012. Many thanks to PR Asia, the publicist of Penshoppe who invited me for this once in a lifetime event.

The venue was filled by people two hours before the actual start of the event. Of course, I got a best seat allotted.

I already posted the whole story of this ultra hot FanCon in my TV Series Craze blog site so I won't anymore talk with it here. I'll just share you some of my photos. Here they are: 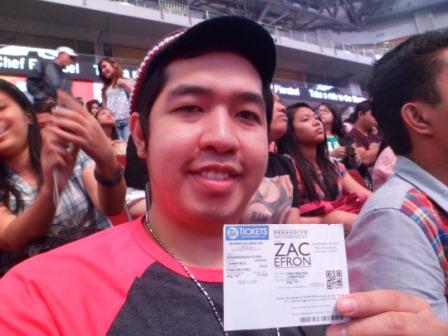 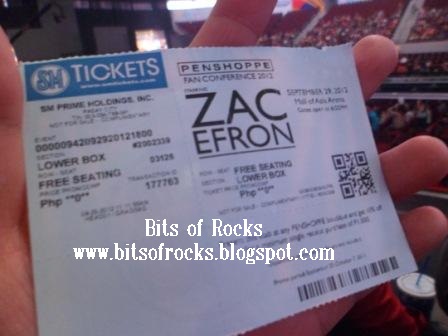 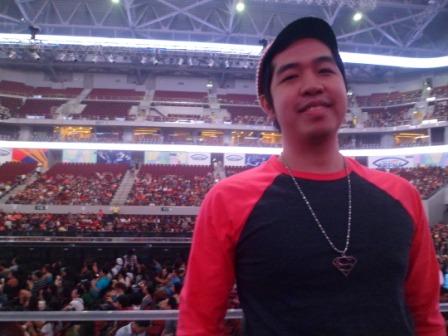 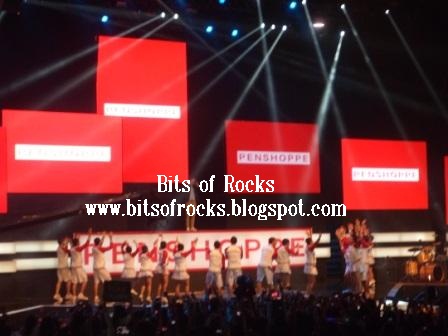 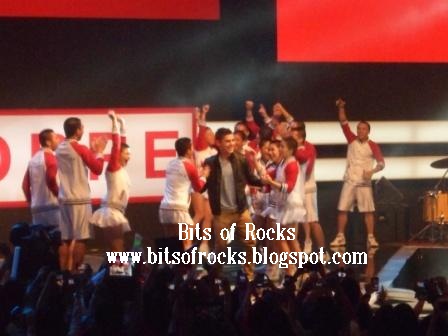 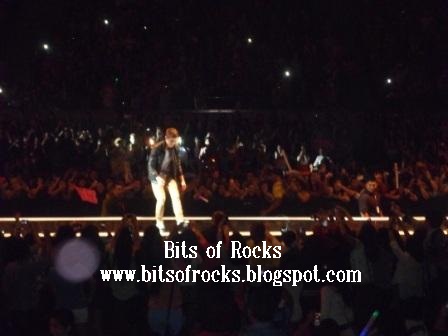 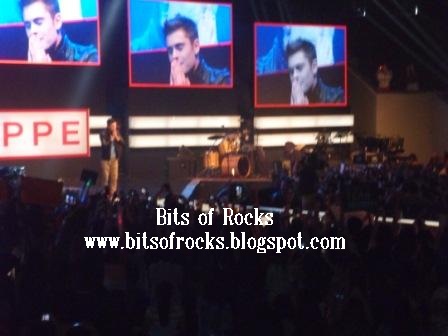 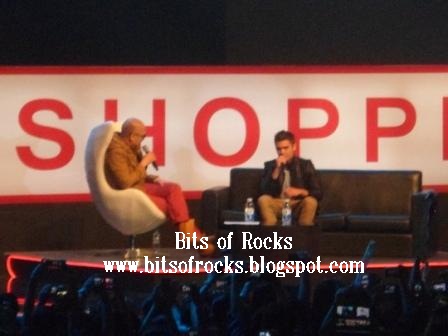 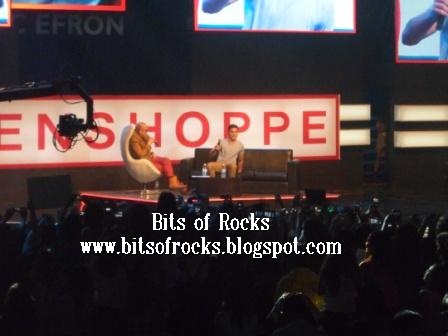 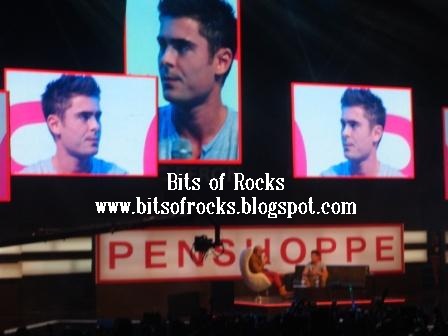 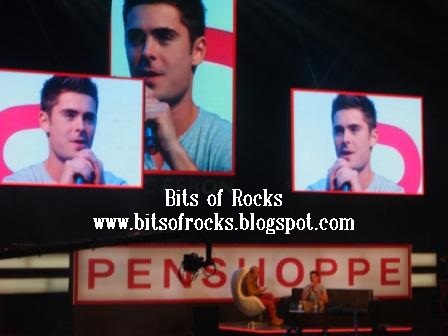 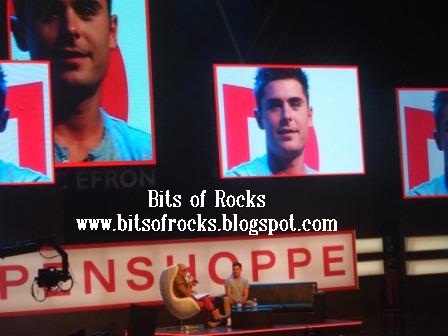 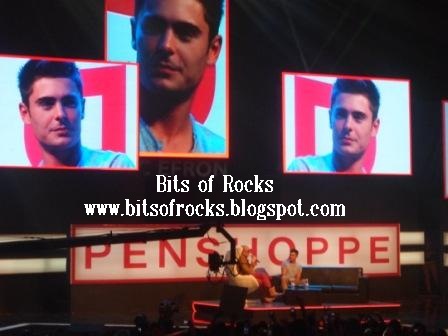 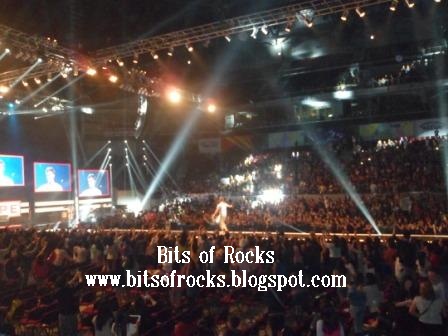 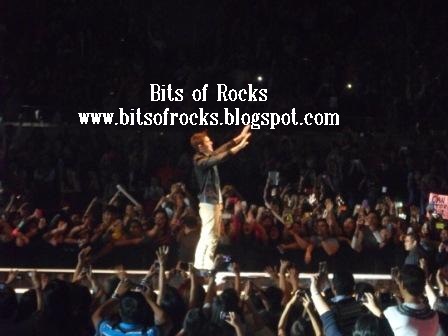 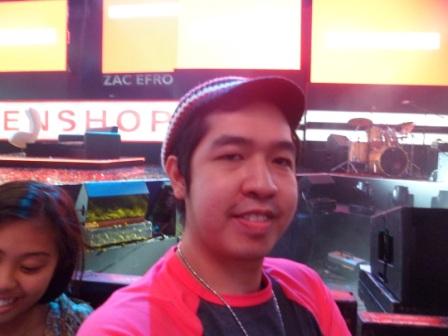 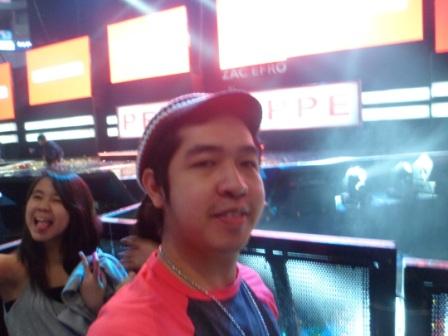 It's also nice to see that I have the same outfit Zac often wears in majority of his movies or TV appearance! Cool! :)

Last year, it was the Thai heartthrob Mario Maurer who visited the country also being the endorser of this huge clothing brand. Sad that I wasn't able to see him in person. But hopefully this month during the premiere night of his movie with Erich Gonzales called "Suddenly It;s Magic."