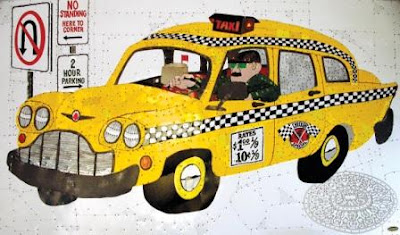 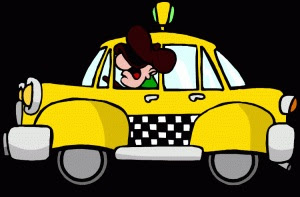 Different incidents of taxi robbery, holdap, and molestation headlined the news within the past few days.

Below is a post now circulating on Facebook. It was shared by many of my friends to keep us aware of the things happening around us specially those who always ride on cab or taxi as a means of transportation. Let me also share with you the same story. Here it goes:


REPOSTING: Just want to share this ordeal that happened to a friend last Friday. She was held up at The Fort, where all her belongings were taken away from her—laptop, wallet, ATM cards, IDs, even her books. She decided to board a cab just to go home, but turns out it is also part of the modus operandi. Two men immediately got in and covered her face with a black cloth. They forced her to give them the PINs of her ATMs. After they withdrew all her money, they tried to grope her, and hit her head and body several times when she resisted. They eventually stopped when they sensed that she will not give in. After a long cab ride, they dropped her off, after threatening not to scream else they will shoot her. From The Fort, they took her to Cubao. With the help of a jeepney driver and his wife, she was able to report the incident to the police. Apparently, this incident happened twice already. Only she was lucky
because the two other victims were not only robbed, but raped.

It might sound unbelievable, but this actually happened, and can happen to your loved ones, friends, family. No one deserves to go through this ordeal. Be vigilant and as much as possible, do not go out on your own late at night.
This is the taxi that was part of the modus operandi: CELYNN plate number UVY 636

And if it’s not too much to ask, please reblog.
Please watch out for CELYNN taxi plate number UVY 636. If you see it, please report to the authorities immediately.
PNP Hotline Patrol: 117 or send TXT PNP to 2920
MMDA: 136
Emergency Police Assistance: 166
Please share!

A related news story can be read at: "Cabbie Arrested for Passenger Heist!"

I'm sharing this with you guys to keep you safe. Be Alert! Share this link to everyone you love and to anyone you care of! Take care everyone! c",)
Older Posts Home
Subscribe to: Posts (Atom)