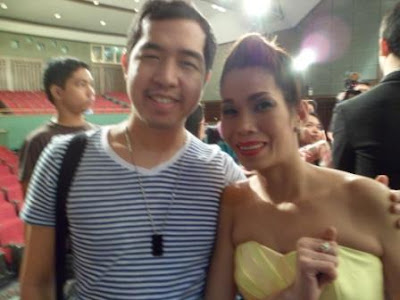 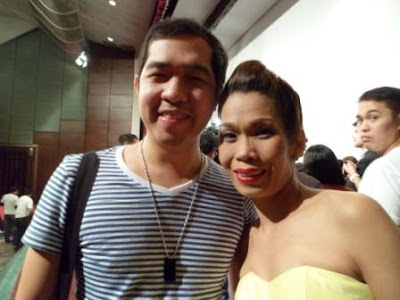 Look at the two of us! Yeah many say, we really look like a mother and son! Wow, I'm so flattered to be a son of the country's one of the great comedianne, Pokwang!

Pokwang or Ate Pokie as I called her already had her launching movie. And this is called "A Mother's Story!" I was so glad that I was invited in her presscon which took place in ABS-CBN's prestige Dolphy Theater!

In her movie launched, I met her other co-stars. I even collaborated with the other entertainment press people! I trully enjoyed that night (kahit na-late ako ng konti). I got a chance to talk with Ate Pokie as well as with Ogie Diaz, Aaron, Xyriel Ann Manabat, and Rayver Cruz! What more, I love the buffet! "Grabe ang sarap ng mga pagkain! Sosyalin!"
"Ang bait ni Pokwang!" She is too approachable and full of humor! I was touched when she told us her real life story narrating about her children and former husband! She cried infront of the people! I was even listened attentively to her story with teary eyes!

In my next posts, I will share with you some of our other photos. I will even post her presscon in my Cinemania movie blog!

Keep it up Ate Pokie! We really salute and admire you! Hopefully we can have our movie together! "Ako naman ang magiging anak mo" in that new movie! Preferably "A Mother's Story" Part 2! What do you think?! c",) 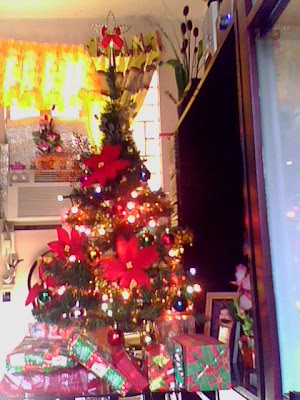 I would like to share with you our Christmas Tree erected in our home. A very beautiful Christmas tree! 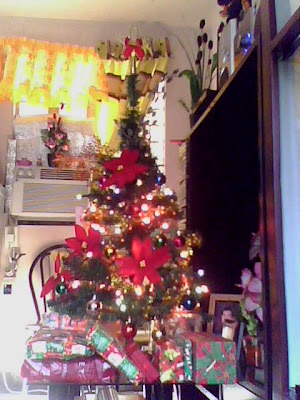 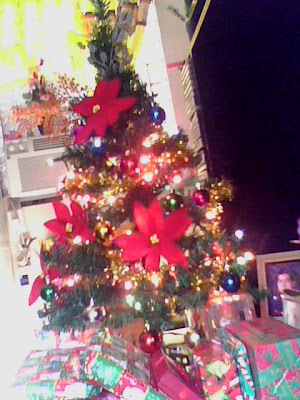 Of course under our Christmas tree are lots of gifts! Yup, these gifts were combination of those I received and those to be given away!