Rocky Chua 12:50 AM 2 Comments
The International Singing Sensation Charice is currently a trending topic in the world wide web. It's not because she has a new album or she has an international appearance. Rather because of her honestly in coming out of the closet!

In the recent episode (June 2, 2013) episode of The Buzz, Charice admitted in the national TV that she is a lesbian! "Ako po ay Tomboy," the words that shocked the Philippine TV at the same time, cleared out the issues against her gender.

But instead of receiving criticism, this revelation of Charice via one-on-one exclusive interview with Tito Boy Abunda garnered praise, applause, admiration, and positive reactions from the netizens.

After this controversial revelation, two days later, Tuesday night at the URBN Bar and Kitchen, I met in person Charice during the grand presscon of 2013 Yahoo OMG Awards. 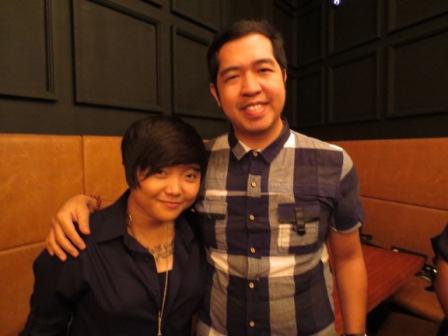 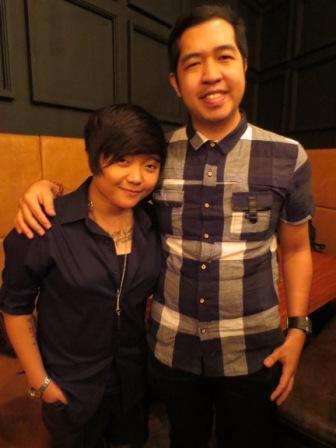 I see the happiness in the face of Charice. She is more comfortable now. It seems that, "para s'yang nabunutan ng tinik sa dibdib." She even graced photos for the fans which made the other side of the resto-bar ala Charice Pictorial Session! "Talagang pinilahan siya!"

We may recall that before her great revelation, Charice is a topic of the internet receiving different bashes and a victim of cyber bullying. But after the Sunday episode of The Buzz where she admitted her real personality, the world change to her! She is now the idol of many, the subject of admiration! Everybody is now saluting this artist! Of course count me in Charice, I'm one of the many who is saluting and admiring you!

Two thumbs up Charice for your honesty! You really deserve respect from the people around you! Charice truly rocks! (RCB)
Older Posts Home
Subscribe to: Posts (Atom)