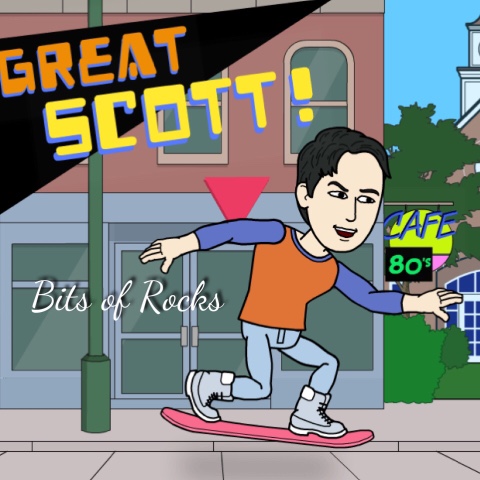 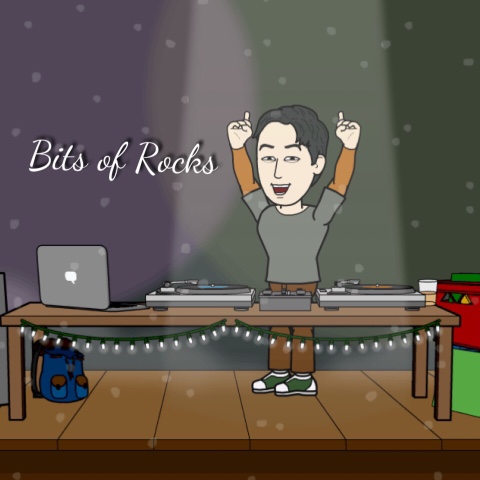 My sports and fitness blog Runner Rocky will be celebrating its first year birthday this November 24, 2015. Therefore, it means a huge party and a grand celebration!
Yes, there are so many good things to thank for. At a span of 1 year, Runner Rocky receives so many blessings including its recent recognition as the No. 1 Emerging Influential Blog of 2015. We will have a month long celebration for that in www.runnerrocky.com.
Aside from that, November is also a month of collection. Yes, I am now starting to collect stickers  for my Starbucks 2016 Planner and I will share with you my day-to-day coffee time  to gather the stickers!
Last month, I have started my new segment called #ThrowbackThursday wherein every Thursday, I feature great photo moments from the past! We will continue that this month onwards. :)
And of course, expect for new exciting and interesting posts from yours truly.
November is indeed another fun-filled month of celebration. Let's spread happiness and love on this second to the last month of 2015! (RCB)
Follow Me on Instagram: @rockenroll_04
Follow Me on Twitter: @rockenroll_04
Like My Fanpage on Facebook: www.facebook.com/BitsOfRocks 2015 is now down to its last quarter. Three months to go and we will set to welcome another calendar year. I'm so excited to share with you my 2015 yearender post at the end of the year or early next year. But before that, let's face first the remaining pages of the calendar.
The month of October seems to be a challenging month for me since I'm about to face different challenges in different aspects of my life - career, blogging, running, and other things. But the good thing is... I'm overcoming them! I'm about to win the battle!
The month is also another busy month to yours truly. But of course, I will find time to keep you updated with the latest happenings in my life here in this blog. Stay tune for more exciting unveiling. :)
So, ready...set...Fight! (RCB)
Follow Me on Instagram: @rockenroll_04
Follow Me on Twitter: @rockenroll_04
Like My Fanpage on Facebook: www.facebook.com/BitsOfRocks 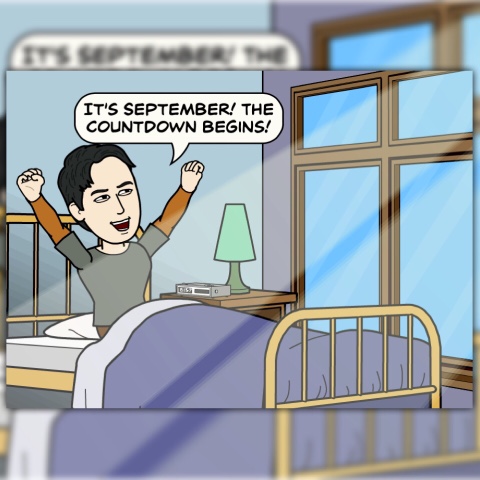 BER month started as the month of September begun. And what BER-months mean to us - Christmas, gifts, bonuses, parties, thanks-giving, celebrations! And of course, "busy" as many of us specially yours truly are committed into different activities.
As September begins, I'll be also preparing lots of yearly routines for my blogs, passions, celebrations, and now into my new world - running. Lots of new events were also instore for us. Hope that I can post them all here in my personal blog as well as in my other websites.
So before we start discussing a particular topic, let's embrace September, the start of the Ber-Months, and let start the Ber-Months right!
Lots of surprises will be on my next posts! Stay tune! (RCB)
Follow Me on Instagram: @rockenroll_04
Follow Me on Twitter: @rockenroll_04
Like My Fanpage on Facebook: www.facebook.com/BitsOfRocks

Rocky Chua 2:49 AM Comment
This is my actual scenario while in MRT everyday: 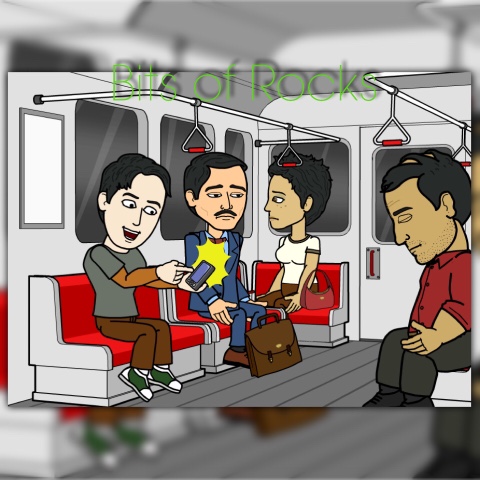 Yes, while having my long trip from home to office, I am busy posting in my different social media - instagram, facebook, twitter, timehop, bitstrips, and blogging. I have so many stuffs to share with you guys! So many backlogs to post.
Therefore, we will use this month of August 2015 to share with you my avid readers all my pending posts. So many events I have attended with, so many runs I conquered with, so many selfies with the different personalities - all of them hope I can share with you this so-called ghost month.
All those things will be published in my four major blogs with different genres namely Bits of Rocks (personal), TV Series Craze (entertainment), The Lifestyle Portal (lifestyle), and Runner Rocky (fitness).
Unlimited blogging this month of August 'coz yours truly the Blogger King rules! (RCB)
Follow Me on Instagram: @rockenroll_04
Follow Me on Twitter: @rockenroll_04
Like My Fanpage on Facebook: www.facebook.com/BitsOfRocks 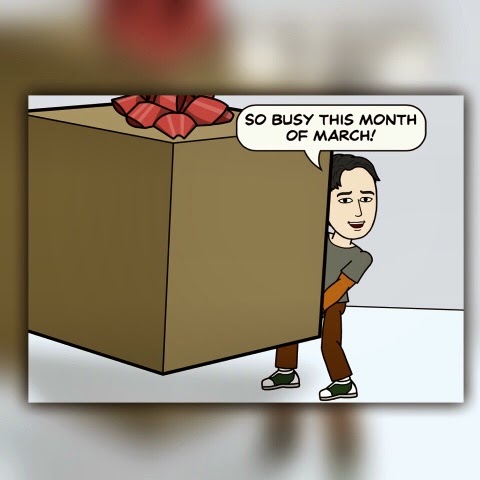 March is my month! This is the month of my birthday at the same time, the birth month of this blog  "Bits of Rocks."
But aside from these two most important dates in this month of March, did you know that majority of the dates were fully booked?
Well, let's take this post as a schedule of all the things which makes my month so busy! Here are some of the dates to take note for the month of March 2015 in a personal perspective:
March 1 - The 4TH AmCham ScholaRUN
March 1 - Ateneo Run for Your Life 2
March 2 - My Father's Birthday
March 3 - Monthsary
March 4  - My Grandfather's Death Anniversary
March 5 - "Your Face Sounds Familiar" Grand Presscon
March 8 - Run United 1 (Morning)
March 8 - The 31st PMPC Star Awaeds for Movies
March 12 - AXN's "Asia's Got Talent" Premiere Launch (Morning)
March 12 - Jeff James Blogcon (Afternoon)
March 13-15 - Tree Top Adventures in Baguio
March 15 - Bits of Rocks' 7TH Year Blog Anniversary
March 15 - 7Eleven Run 1500
March 17 - Birthday Treat for EU Tean
March 18 - Birthday Treat for Friends
March 19 - My Birthday
March 20-22 - TRD Team Summer Outing
March 22 - Binyag of my new Goddaughter
March 28 - Metro Blogger Fashion Evolution
Other dates may be added or may change.
See how busy my month is! (RCB) 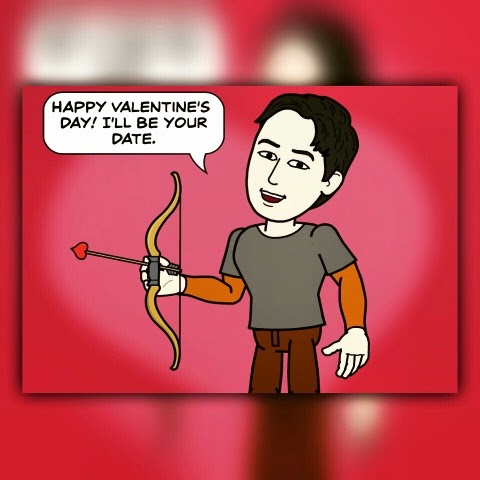 Two major celebrations mark the month of February. These are the Valentine's Day and the Chinese New Year. That's why February of this year is truly wrapped with red which is also my favorite color!
February opens with happinesss for yours truly. Yes for me, this is really full of love as yours truly finally felt being loved after a series of pain and bitterness on the previous year. As we feel the love, definitely, expect for more romantic posts!
And since yours truly is also a Chinese by blood, expect also for Chinese New Year features as I always do every year.
February is also the birth month of my lifestyle blog which is The Lifestyle Portal. The said blog is now turning 3 years old. Definitely, we will be having a birthday party specially now that it has its own domain via www.thelifestyleportal.net.
What more will you ask for? Well, wait and see 'coz I will definitely share some surprises! Love and Luck, that really paint my February! (rcb) 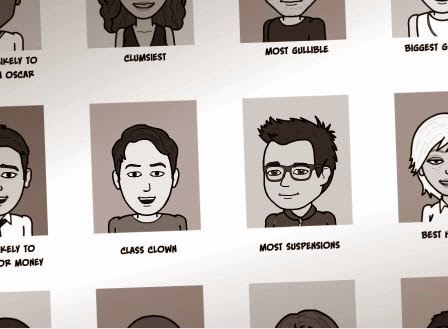 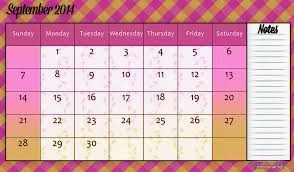 The BER month begins! Yes, the season of Christmas is truly fast-approaching! "Parang kailan lang at Ber month na naman..." And it will truly make me more busy!

Well for this month of September, I have lots of things to share! First, all my pending activities from the previous months. Second, my upcoming events and engagement from this month onwards. Third, all my running moments that were not yet shared! And finally, my real-life teleserye!

Of course, expect also for other topics that are surprise for now! As they say, "abangan ang mga pasabog."

So, let's cheers and embrace September! Let's then get excited for the beginning of the yuletide celebration! (RCB)