Another Winning Moment with Angel Locsin!

Rocky Chua 1:00 AM Comment
Last Sunday night, me and the country's most-awarded young actress Ms. Angel Locsin met again! And that was during the awards night of the 44TH Box-Office Entertainment Awards by Guillermo Mendoza Memorial Scholarship Inc.

Angel received her award as Film Actress of the Year for their blockbester movie "One More Try."

Angel came wearing a green sexy backless gown. As usual, she shined the brightest during the night!

Check out one of our photos together during the said star-starry night: 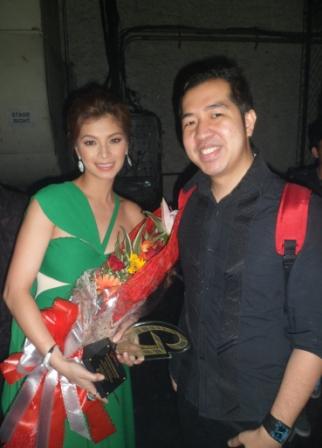 I first met Angel during the grand presscon of "Unofficially Yours" with John Lloyd Cruz.

Later, we will meet again for her upcoming movie "4 Sisters and a Wedding."

The  awards night took place at the AFP Theater, Camp Emilio Aguinaldo, Quezon City on May 19, 2013.

Again, congratulations Ms. Angel Locsin! You are truly the best! Keep it up and more power! (RCB) 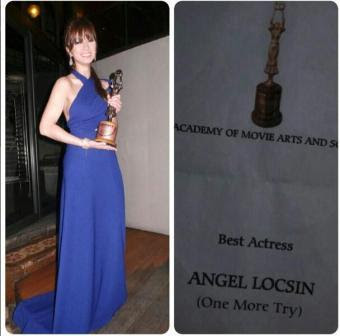