Rockin' with Mojofly's Lougee and Rocky! 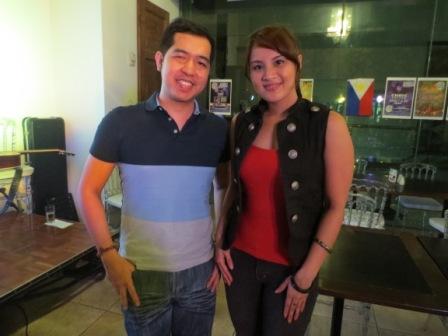 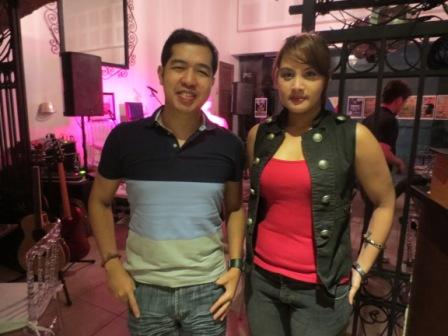 Way back in college, me and my bestfriend truly loved the songs called "Tumatakbo" and "Mata" which were both popularized by the Pinoy alternative rock band Mojofly. Their music and the meanings of their songs truly fitted us that time. And because of their music, yes, we eventually love the band!

After seven years, I'm glad that I finally met in person the voice behind the band we like most. She's no other than Ms. Lougee Basabas or better known as Lougee. Lougee had her very successful performance in Tambayan Sa Kanto's "Togs Sa Kanto" gig one Friday night!

At first I didn't know Lougee since she is part of the band for many times. Until I met and talked with her, we found that she is the lead vocalist and the leader of the band Mojofly who popularized the songs we love!

Well to refresh your mind about the songs I'm talking about, I've brought you the music videos of their popular and our college favorite songs "Tumatakbo" and "Mata." Let's watch these:


And of course, I took my opportunity to have her together in photos. Check out our rockin' photos above and below this post: 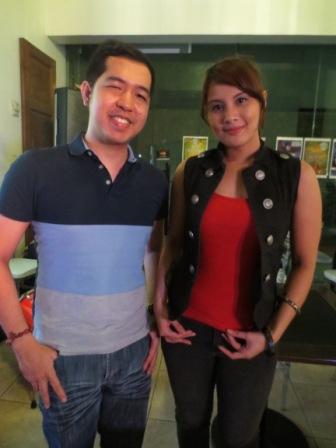 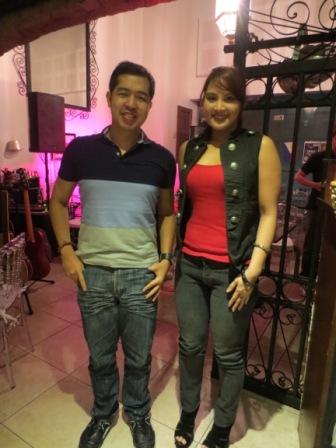 During my interview with Lougee, she revealed that their band Mojofly was renamed to Delara. Until the members of the group went solo.

It's also great to know that the OPM icon Hadji Alejandro's son and Rachel's brother Ali Alejandro is also part of their band. And he is always present in their regular gigs!

More on Lougee, she was part of Eat Bulaga's dabarkads. She even endorsed many products and appeared in the different TV commercials before.

On my succeeding post, I'll share with you my video interview with Lougee and Ali! So stay tune! (RCB)