Again, I was so privileged to meet and talk with this Acoustic Prince Paolo Santos one Friday night in Tambayan Sa Kanto. On the said night, Paolo is featured and performed in the resto-bar's "Acoustic Night."

Well before  anything else, check out our cool photos together: 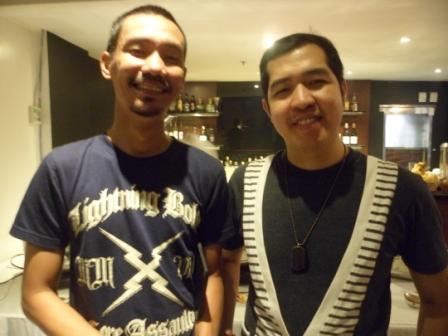 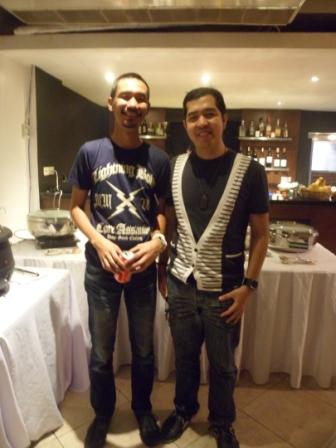 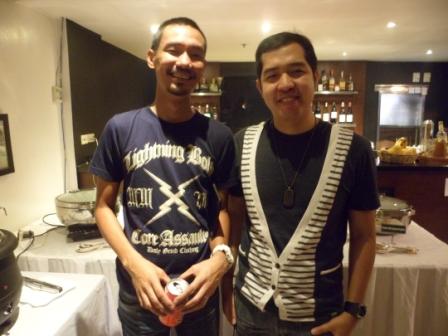 It seems that we've traveled back in the early part of 2000's as Paolo played his music. He made me reminisce my college love stories as he sang his undying hit "Moonlight Over Paris" and his very own rendition of the previous hit song "Because of You."

Aside from the said songs, Paolo even serenaded us with his versions of the love songs like "Overjoyed," "Close," "Perfect Day," and "I'll Be Over You."

Paolo is not only a good singer, he is also a perfect guitarist! He played his own instrument which is his guitar while singing. Check him out performing below: 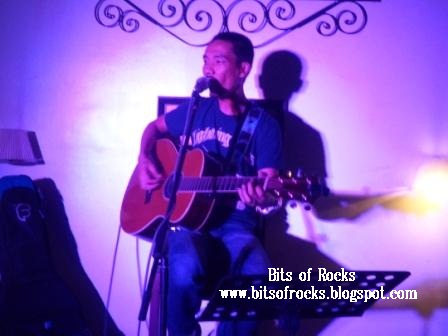 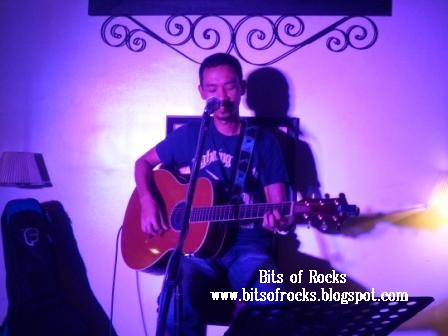 While enjoying the music of Paolo, me and my good friend Carlo even enjoyed the foods served to us by Tambayan Sa Kanto. I ordered my favorite kare-kare (this time kare-kareng bagnet) and tinapa rice while my friend enjoyed pancit guisado. And for drinks, I was satisfied by the banana-papaya shake while Carlo by iced margarita!

Those were just some of the great foods served by Tambayan Sa Kanto. The restaurant was known as an All-Filipino Cuisine Restaurant Cafe as it serves all types of Pinoy regional foods!

And yes, aside from the Pinoy foods, Tambayan also shows "Acoustic Nights" every Friday and Saturday nights featuring the different famous and talented Filipino artists! And one of these is Paolo Santos!