An All-Black with Zanjoe Marudo!

Me and Z were both wearing an all-black formal attire. From top to bottom, black was the color!

Check out my photo together with Z: 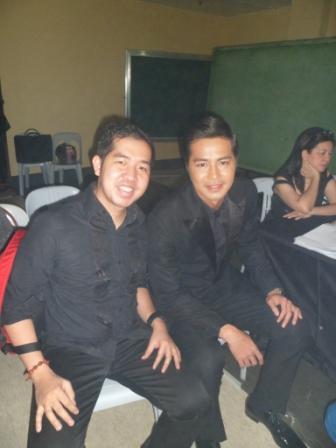 On the said night, Zanjoe escorted his girlfriend Bea Alonzo who received her Box-Office Queen  Award for their movie "The Mistress."

Aside from that, Zanjoe was also one of the presenters in the said prestige event for the stars.

I first met Z during the premiere night of "24/7 in Love" last year. Then our second meeting took place just this month during the presscon of his movie "Bromance: My Brother's Romance." Week after, we met again in this Guillermo Mendoza Awards night.