A Red Shot with Anne Curtis!

Me and  Anne already met for three times now - first during the story conference of their teleserye "Kailngan Ko'y Ikaw" in ABS-CBN, second during our Zac Efron event in SM MOA Arena, and third just recently in the Guillermo Mendoza 44TH Box Office Entertainment Awards in the AFP Theater, Quezon City.

On the first two moments, we didn't had a chance to took photos together. But on the third time, we posed together with big smiles!

Check out our photos together: 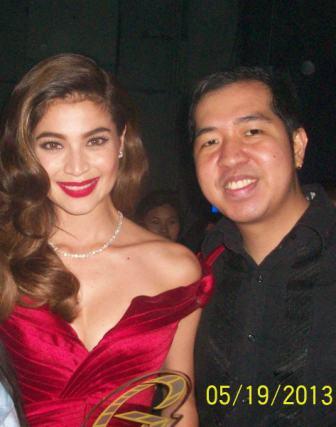 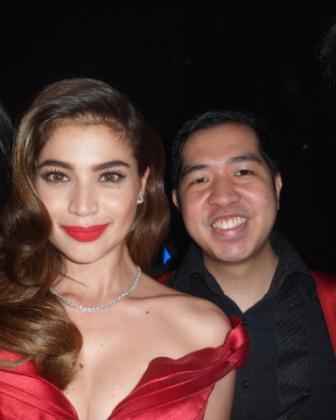 Wearing an all-red gown and lipstick, Anne received her award of being the 2012-2013 Female Concert Performer of the Year  for taking Araneta Coliseum by storm. And take note, Anne showcased her singing talent by singing the Whitnet Houston's hit "I Will Always Love You" getting louder screams from the audience during the prestige awards night!

These were our first photos together with Anne and it will count sooner these days! Borrowing Anne's message during the night, "mabuhay ang mga Anne-bisyosa!" Cool! (RCB)