A Party with the Young Businessman Marvin Agustin! 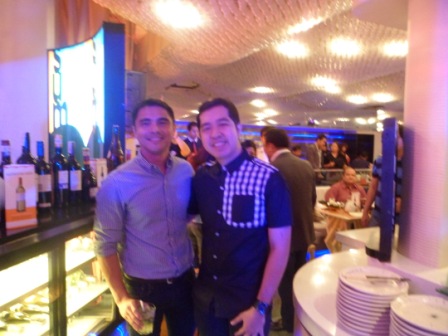 If you will ask me to name a successful actor today, I will definitely put on my number one list the actor, chef, and businessman Mr. Marvin Agustin.

Yes that is because, Marvin is very successful not only in showbiz but also in business! Despite the fact that he is starring in many TV show projects today with various TV commercials or endorsements, Marvin is also a young businessman! He manages and owns different business just like restaurants. And one of these restos is the Sumosam which has now 25 branches!

Last Friday, I'm glad that I received an invite for the opening of new Sumosam branch in Olympia Tower, Makati City. And I finally met in person one of its owners, Mr. Marvin Agustin! 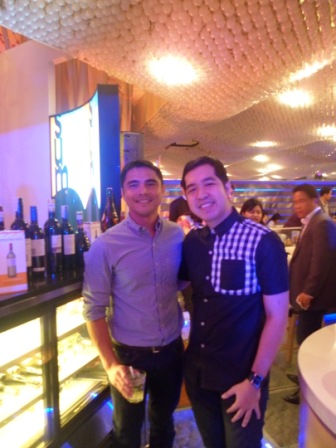 Marvin was even the one who performed the ribbon-cutting ceremony! But he did it in a very unique way! Instead of ribbon-cutting, he did a sushi-cutting!

Check out Marvin below cutting a big sushi which is part of the opening ceremony: 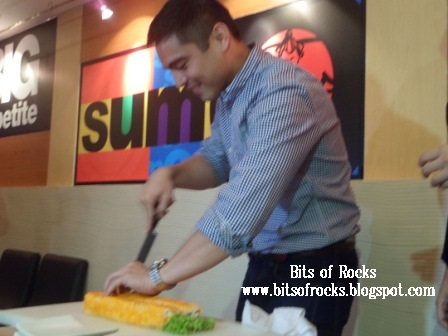 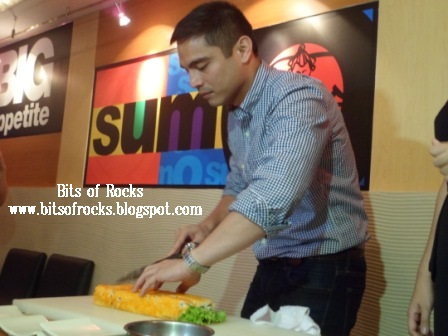 Sumosam is actually an Eat-All-You Can resto offering Japanese dishes. And since sushi is a Japanese food very popular to Filipinos, they use this one to symbolize the grand launch!

Aside from being an actor and a businessman, did you know that Marvin is also a chef?! Yes, that's why majority of his TVC were more on cooking and his current TV reality show is "Karinderia War." Marvin is even dubbed now as Ser Chef! :)

I want to be as successful as Marvin Agustin in the future - a career-oriented man at the same time a successful businessman! Thumbs up Marvin! (RCB)