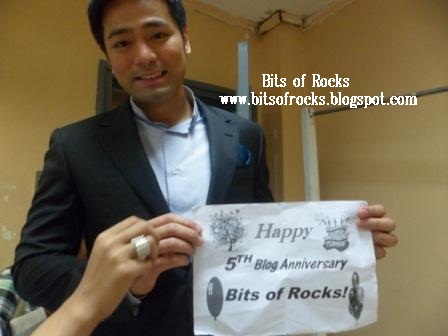 In 2009 the same year when all my blog sites rose in fame was also the year of Hayden when he also emerged in fame because of videos. And he already became my topic here in this site as one of my lookalike! :)

I first met Hayden together with Ms. Vicky Belo last December during the 2012 MMFF movie premiere of "Sosy Problems." Then our second meeting took place just last Sunday during the Star Awards for Movies Awards night. Hope to see him again in the coming days.
Thanks much Hayden for this! Wishing you all the best! (RCB)