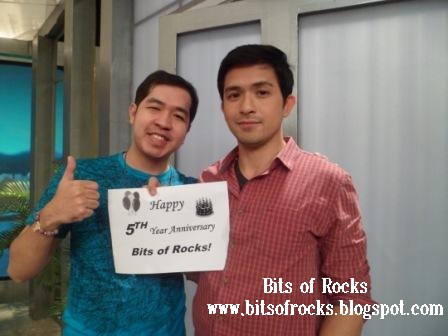 Dennis is currently playing the character of Marcel in the hit Koreanovela remake, "Temptation of Wife."

This was actually my third time to meet one of my favorite actors Dennis Trillo. We first met last June 2012 during the Yahoo OMG Awards Night. Then I met him again last December 2012 during the premiere night of "Shake Rattle and Roll 14: The Invasion."

Thanks Dennis and see you again soon! (RCB)