I met the two "Starstruck" hunks during the BlueWater Day SPA new endorsers launch wherein they were the two new image models. And I really had fun mingling and talking with them! We enjoyed picture taking together as well as video recording which I will share in my succeeding posts.

Check out two of our photos: 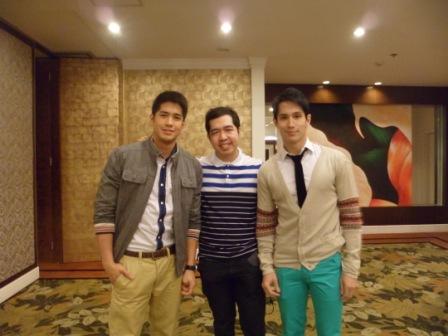 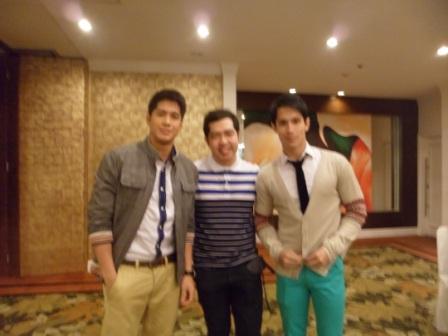 I belong! We three were perfect combinations! It also seems that I'm also a product of the artista search and endorser of the SPA as I joined them!

That was already my third time to meet Aljur in person. And we already knew each other since we already had videos before! For Ian, that was my first time to meet him! Ian is actually the man in the Close-Up TV commercial.

The two even greeted my 5TH Blog Anniversary and my upcoming birthday. I'll share those videos and our other photos later on!

It's truly fun spending time with them! They were truly cool guys! (RCB)