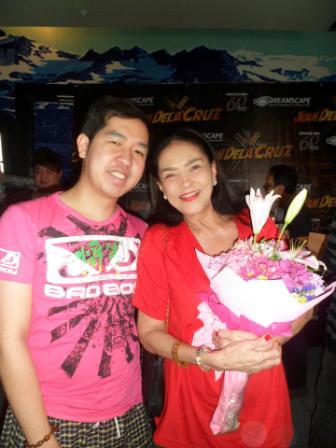 The character of Ms. Gina truly adds spice to "Juan Dela Cruz." She put humor to the show. Thumbs up Lola Gets! (RCB)