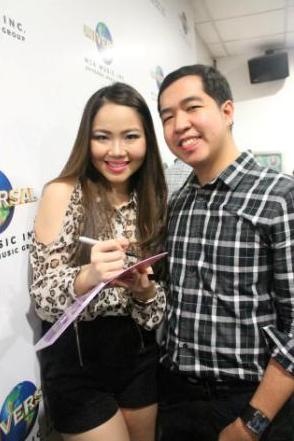 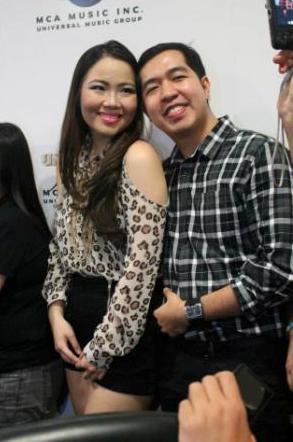 Finally, I met the sweet voice behind the Tagalog version of the "Perfect Match" theme song, "Saranghae!"  She is no other than the so-called "Acoustic Princess," Sabrina Orial.

Last week, my night seemed like an acoustic night when I attended the BlogCon of Sabrina. The event eventually turned out to be a night giving us lot of fun and surprises.

Sabrina is now one of the hottest acoustic singer in Indonesia and in other part of the world because of her sweet soulful music. Her previous album  I Love Acoustic 4 already turned double platinum abroad. And in that night, Sabrina together with the MCA Music launched her fifth album titled I Love Acoustic 5.

Before starting the actual question and answer portion, Sabrina serenaded us with two of her original compositions "Make Believe" and "It's Over Now".

I was one of the first bloggers who asked Sabrina preliminary questions but later on, I was the one who gave Sabrina lots of questions. And she gamely answered every question with fun and humor. 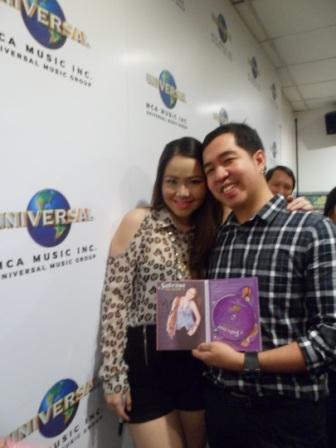 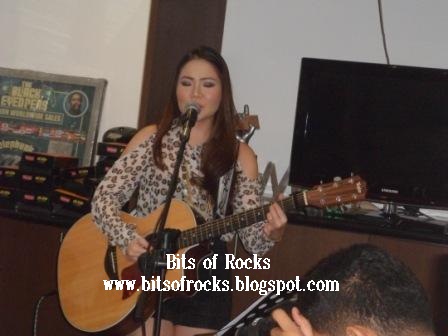 I got curious about the selection of songs in her album which include the latest hit songs like "Payphone," "What Makes You Beautiful," "Call Me Maybe," "Starships," "Somebody that I Used to Know,"  and "One Thing."  Take note some of these songs were performed by male singers or lady rappers, but Sabrina is very successful in giving new life and rendition to these songs! And yes, I really admire her for this! Good job Sabrina!

I even asked her if how she will handle competition since in terms of acoustic and bossa nova, we already have the names of Siti, Princess, and Juris. She said that all of them have their own style, they have their own uniqueness. It's better to think that all of them can contribute in giving us good music rather than thinking that they are competing. And she humbly said, "Si Juris, Juris na talaga 'yun at idol ko siya noon pa!"

If she has given a chance to star in either movie or TV series project, Sabrina said that she like John Lloyd Cruz to be her leading man! And she want to have a duet with Mr. Pure Energy Gary Valenciano  and International Star Justin Bieber if given a chance!

I even confirmed during the conference if she is really the one who sang the Tagalog version of "Saranghae," the theme song of the hit Lee Min Ho's Koreanovela "Perfect Match." She didn't only answered yes, she sang it for me! Wow! I'm so amazed and inspired that night! A big surprise which I didn't expect!

Sabrina was paired with Christian Bautista in the music video of "Terrified," another original composition which already created a worldwide hit. This song is also part of her current album.

Aside from her tandem with Christian, Sabrina is also part of the rap song "Dota" which is now hitting the different radio stations.

Before ending our Q&A portion, Sabrina sang as "Oh Boy" which she said her favorite musical composition. The song is fun in nature but deep inside it tackles heartaches.

More on this beautiful lady with a beautiful voice, Sabrina is a graduate of Bachelor of Arts from UP Los Baños. She is writing her own songs. According to her, she made her composition when she was depressed or brokenhearted.

Indeed, Sabrina is another icon of Filipino music, a newest discovery that is now creating another phenomenon in the world of music! Two thumbs up Sabrina and more power! (RCB)