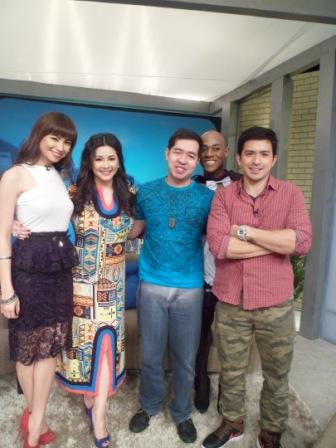 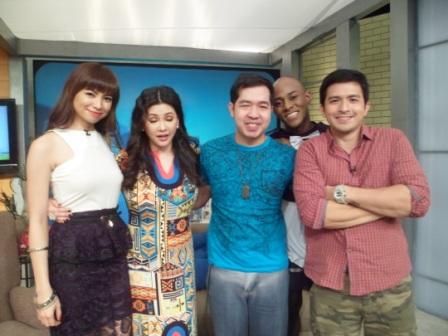 Dennis Trillo and Glaiza De Castro are today's household names as they lead the hit Koreanovela remake "Temptation of Wife" in GMA-7.  In the TV series, they are playing the characters of Marcel and Heidi.

Yes, Marcel and Heidi's characters in the series are both antagonists. They make the life of the lead star Angeline/Chantal Gonzales (Marian Rivera) miserable! They were even emerged as television's hottest pair as they made various kissing and bed scenes in the said soap. Definitely, this Saturday's episode of the hit cooking show "Sarap Diva" sizzles!

Dennis and Glaiza put more heat on the cooking show being Regine Velasquez' special guests on this episode. They unveiled the secret of foods termed as aphrodisiacs or pampagana at the same time discussing their private lives.

Regine prepared one of the most popular aphrodisiac foods – oysters, as she digs on Dennis' private but controversial love life. Even Glaiza doesn't escape the Songbird's hot questions as she shows her budding cooking skills with a sexy twist on grilled chicken.

Here are some of the hot scenes in this Saturday's episode:

Aside from their 'chemistry' being sexy kontrobidas on TV, it's good to note that both Dennis and Glaiza are singers!

The show started showing a scene from ":Temptation of Wife"  where Teri/Inday, Regine's housemaid impersonated Chantal. Afterwards, a hot seat question and answer followed where Regine goes deeper asking private questions to the two guests. Even a kissing and bed scenes video of Dennis and Glaiza excerpt from the TV series surprised them!

Before the cooking show conclude, Dennis, Glaiza, and Regine sing together "All Out of Love," a hit love song from Air Supply which Dennis revived in 2008.

This "Sarap Diva" episode taping is actually my second visit to the show. And this is my favorite guesting so far. Many thanks to my blogger friend Sire! :)

I will not talk too much about the other happenings which took place in the show. It's for you to find out the other exciting things in this episode! Catch the airing of the show this Saturday, February 2, 2013 at 9:45am only in GMA-7! (RCB)