'Sisterakas' and 'One More Try:' A Back-to-Back Movie Marathon! 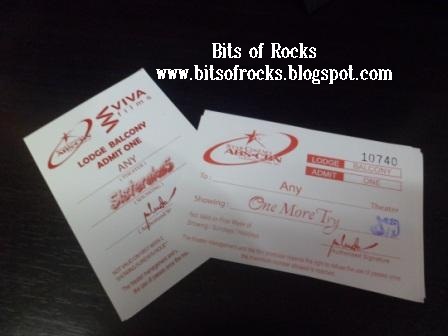 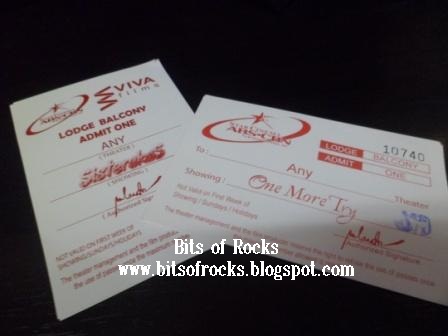 My 2012 Metro Manila Film Festival experience wouldn't be completed if I wasn't able to watch two of the most awarded and blockbuster movies of the film fest, the "Sisterakas" and the "One More Try." On the last day of the festival (January 8, 2013), we found time to watch these two exciting movies from Star Cinema!

It seems that we were having a movie marathon watching these two films in a back-to-back mode, one after the other. We decided to watch first "Sisterakas" since we were quite late in the movie house then our finale went to "One More Try."

A balance night or should I say a mixed emotion took place on the said night since from full comedy offered by Kris Aquino, Ai Ai Delas,  and Vice Ganda, we shifted crying because of the heavy emotions showcased by the characters of Dingdong Dantes, Angelica Panganiban, Zanjoe Marudo, and Angel Locsin in the film festival's 1st Best Picture winner, "One More Try."

It seemed that another incident took place watching two movies in one night. Remember last December 2012, the other two MMFF movies namely "Sosy Problems" and "Shake Rattle and Roll 14: The Invasion" had their respective premiere nights at the same time?! So, I need to shift from one cinema to another to catch them both! 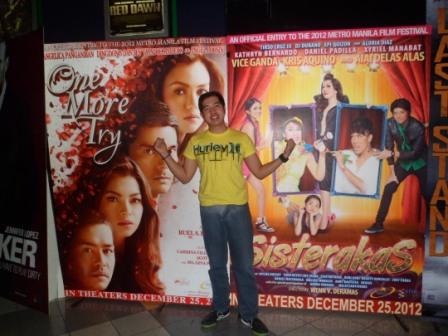 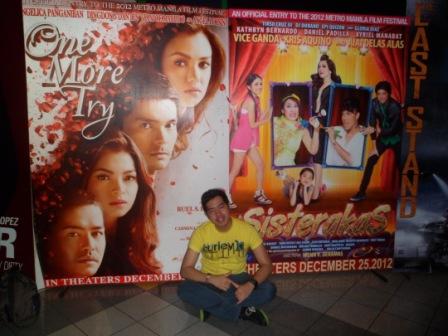 "Sisterakas" and "One More Try" truly fulfilled our night. They were truly satisfying! My friends bet "Sisterakas" since they made us laughed in a natural way! But for me, of course "One More Try" is my No. 1. Aside from being an Angel Locsin movie, I can relate to the story of "One More Try." I even love the passionate love / bed  scenes of the lead characters! :)

If time permits, I will share with you my reviews in separate posts for these two great movies of 2012!

I hope everybody enjoys the concluded MMFF! 'Till next time! (RCB)