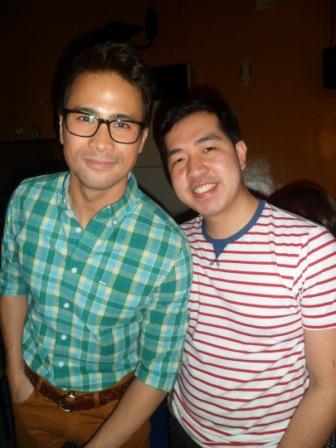 
I first met Sam in person during the "ASAP Rocks" holiday special way back in December 2011. This was the time when we co-incidentally wearing the same shirt. Many audience said, "Para kayong kambal ni Sam" and they loved taking pictures with us together. Later on, I will share that said photos of me and Sam.  Sad that my copies were blurred! :(


Our second meetup with Sam was during the red carpet premiere night of "24/7 in Love" in November 2012. On that time, we talked longer and got our first video.

And last week, January 16, 2013, our third meeting took place. This was during the grand presscon of his newest teleserye "Kahit Konting Pagtingin." 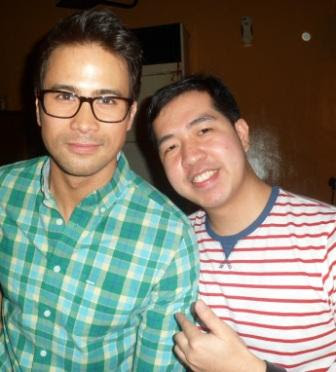 The grand presscon was a videoke-comedy bar inspired which took place in Laffline Comedy Bar, Timog, QC. He performed singing his very own rendition of The Calling's "Wherever You Were Go."

Aside from having our photos again together, we got our second video. Yes, I interviewed Sam sharing his character in the teleserye.