Paulo Avelino: From Nathan of 'Walang Hanggan' to Lance of 'Kahit Konting Pagtingin!' 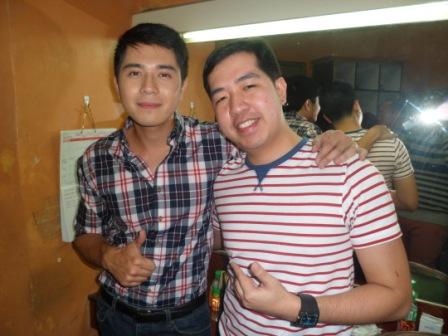 Paulo Avelino made a remarkable and a legendary character in the phenomenal hit TV series "Walang Hanggan" after playing the character of 'Nathan.' Now, Paulo returns in the TV series but not anymore as Nathan. Instead, he is now 'Lance' in the upcoming Primetime Bida kilig-serye "Kahit Konting Pagtingin."


Once more, I got a chance to talk again to this country's Breakthrough Actor of 2012 Paulo Avelino during the grand presscon of their newest teleserye in Laffline Comedy Bar, Timog QC.

In our conversion, Paulo differentiated his character in "Walang Hanggan" as Nathan to his new role as Lance in "Kahit Konting Pagtingin."

According to Paulo, his character as Nathan before was dark, 'malalim!' That was his character wherein he played as a mentally retarded husband. He made the life of his wife Katerina (Julia Montes) miserable and even raped her!

Now being Lance in "Kahit Konting Pagtingin," his character is light and kind. He is opposite of his brother Sam Milby in the story who is playing the boss Adam. As per Paulo, his character now as Lance is more challenging as he shifts from a heavy drama with a deep character to a romance-comedy with a light role!

Here is our cool video conversion wherein Paulo compared his character as Nathan and as Lance:


Truly, Paulo showcased his great acting ability in "Walang Hanggan" being Nathan. He even got numerous good commendations after playing the said breakthrough role. Now being Lance, everyone is really looking forward for a brand new Paulo, a more boy-next door type of leading man admired by many!

"Kahit Konting Pagtingin" also marks the very first teamup of Paulo and Angeline Quinto who is playing the character of Aurora.