We loved and hated at the same time the different characters portrayed by the  Star Magic actress Ms. Mylene Dizon. We loved her character as Susan David, the martyr, patient, hard-working, and protective mother of Mara (Kathryn Bernardo) in the hit TV series remake "Mara Clara" in 2010 then hated her being the greedy and ambitious Dra. Grace Maniago of the advocacy-series "Budoy." But in real life, this actress is truly admirable!

I started to admire Mylene when she portrayed the character of 'Sally,' the remarkable and the legendary kontrabida of Claudine Barretto in the hit teleserye "Sa Dulo sa Walang Hanggan" way back in 2001. Yes, I got hooked with the said series not only because of Claudine but also because of Mylene. I love the catfight and the killer lines between the two actresses in every exciting scene. And yes, Mylene caught the attention of many viewers because of Sally.

Now Mylene returns in the TV series world playing another villain. But this time, it's not as serious or as hardcore as Sally. It's light and enjoying! 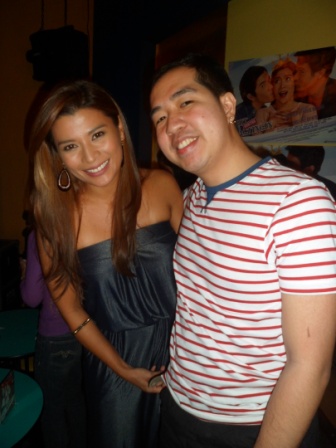 Mylene is playing the character of 'Nerissa Ledesma' in the upcoming romance-comedy series "Kahit Konting Pagtingin." She will be the antagonist of Angeline Quinto who is playing the lead character of Aurora. Nerissa is the auntie of the characters of Paulo Avelino and Sam Milby. She is against Aurora and she doesn't want this poor girl for her nephews.

Here is our video conversation with Ms. Mylene Dizon revealing her character in the story:


Definitely, Nerissa will add more twist and conflicts to the love story of Angeline, Paulo, and Sam. And of course, there's something about her character that we should watch out in the succeeding episodes of the series.

"Kahit Konting Pagtingin" premieres this Monday, January 28, 2013 in ABS-CBN's leading Primetime Bida replacing the timeslot of "Aryana." I really can't wait and see how Mylene reinvented herself to another new role! Exciting! (RCB)