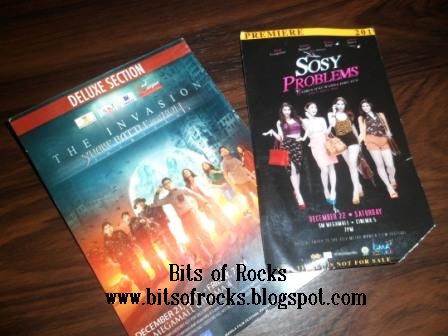 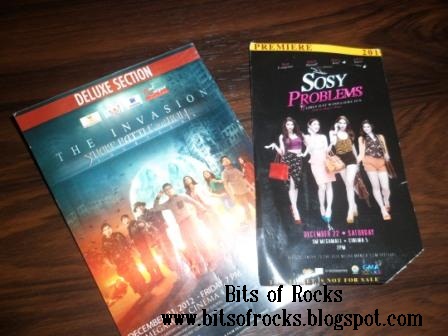 I was able to watch and attend two of the 2012 Metro Manila Film Festival entries at the same time! Yup, the two movie entries had their red carpet premiere night at the same time last Saturday, December 21, 2012. The two movies were the Regal Films' horror entry "Shake Rattle and Roll 14: The Invasion"and the GMA Films' comedy flick "Sosy Problem."

Yes, "talagang lagare" that night but it was truly a lot of fun! So fulfilling...!

On my next succeeding posts, watch out for my separate reviews for these two 2012 MMFF movies as well as my individual interviews and photos with the lead stars!

The two movies are now starting to hit the theaters nationwide! (RCB)