Enchong Dee Talks About His Character in 'The Strangers!' 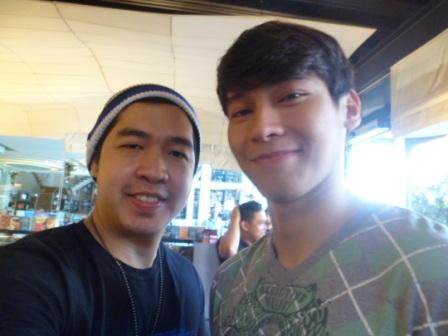 Enchong Dee is the lead star of the 2012 Metro Manila Film Festival horror movie entry, "The Strangers." The movie is one of the two horror flicks in the festival along with "Shake Rattle and Roll 14: The Invasion."

Though I already met before Enchong in "ASAP Rocks" last year, this was the very first time that I talked with him in person and have my solo picture taking with him.

Check out the video clip featuring my short interview with Enchong during the grand presscon of their movie wherein he gave a glimpse about his character:


In the movie, Enchong is playing the character of Dolfo wherein he sported a strange look! His character is really mysterious which will surprise the viewers!


"The Strangers" is Quantum Films, MJM Films, and Star Cinema's official entry to the 2012 MMFF. It is now showing in the different theaters nationwide! (RCB)