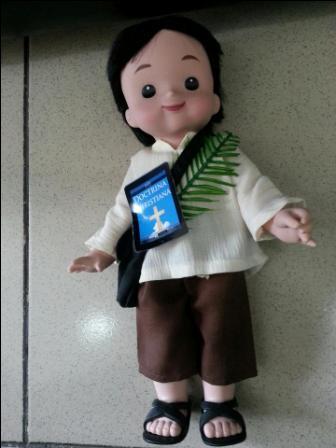 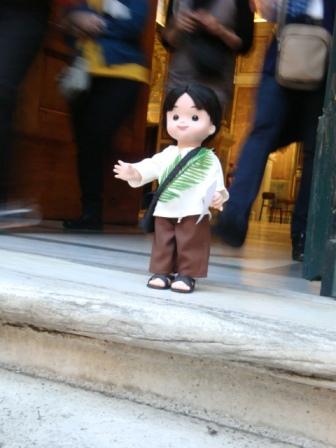 It's good to know that our second Filipino Saint who is Saint Pedro Calungsod has his own miniature. He is no other than "Pedrito," the cute little version of our very own teen saint.

Pedrito truly looks like Pedro. He dressed the same way Pedro dressed wearing a white polo shirt with a palm, Doctrina Christiana bible, and shoulder bag. Just like Pedro, he loves to travel and spread the word of God.

Well, join me as I witness the adventures of Pedrito. Here are some:

He is such an awesome little boy! Everybody truly loves him! And many want to own him. I also want to own a cute version of Pedrito! I'll add him in my collection. :)


Until your next adventure Pedrito! Saint Pedro Calungsod seems so alive even though he died almost 300 years ago! He is still inspiring us specially the people of the young age! Pedro and Pedrito rock! c",)