"Just One Summer" once more showcased the perfect chemistry of Julie Anne San Jose and Elmo Magallona. No doubt why their home network trusted them with this huge movie in the leading roles!

Beto and Nyel crossed paths when Nyel was forced to spend a summer vacation with his estranged father in order to get parental consent to study medicine abroad. Beto is working in the farm of Nyel's father's to support her study. 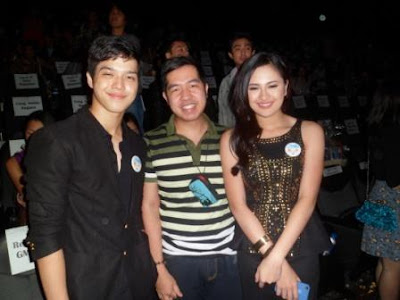 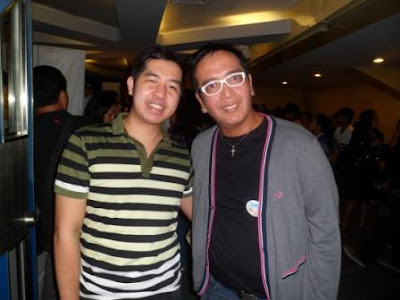 With the Movie Director Mac Alejandre
The good thing about this movie is that, it didn't only focus on the love story of Beto and Nyel. It is more on a family-oriented film which awakens the minds of many career-oriented parents whom for some time forget their obligations to their child. It also shares a touching story between a father and a son. It teaches us a lesson in life to love our parents since anytime, they may be taken away from us!

In the movie, Nyel is a rebellious son who hates his father so much because of believing that he left his mother while he was a kid. 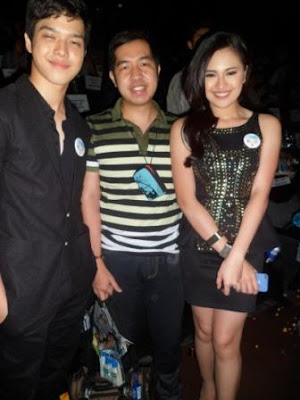 Talking about the romantic side of the story, Elmo and Julie Anne didn't need to exert efforts to give us the so-called 'kilig' factor! Seeing them together even though not throwing dialogues is already a 100% 'kilig' moment! No doubt why the audiences keep on screaming every time Elmo and Julie Anne were together in one scene!

Mac Alejandre, the director of the movie once more didn't failed to give us a very good romantic movie amid of the bad weather! I admit, I'm a very big fan of Direk Mac in terms of doing romantic movies. He is the man behind the previous hit blockbuster movies of Angel Locsin and Richard Gutierrez like "Let the Love Begin" and "I Will Always Love You." I was so inspired by those movies since those movies as well as Angel and Richard reflected my previous love life way back in College!

To give you more glimpses about "Just One Summer," watch this full trailer:

Another thing that I love most about this movie is its theme song! Wow, Julie Anne San Jose made her very good rendition of the 80's OPM hit song "Bakit Ba Ganyan." The song was originally popularized by Ms. Dina Bonnevie! The song keeps on playing every romantic moment of Elmo and Julie Anne! I really, really falling in love on that parts of the movie!

The movie "Just One Summer" also reminds me of my past summer romances! Yup, way back in college, I got two romances which happened on two summers - 2001 and 2005. Summer of 2001 before I enter my first year in College, we had a DOST Summer training. And I fell in love with one of my summer co-scholars!

Summer of 2005 when I'm taking my advance subjects in Engineer, I also fell in love with my classmate older than me who was also an ECE student. I dubbed our love story as "One Summer Day!" Maybe on my some other posts, I can share with you separately our story! :)

Now you know why I can greatly relate with this movie of Elmo and Julie Anne! :)

Elmo and Julie Anne were also fortunate in the movie that they have the veteran actors namely Joel Torre, Cherry Pie Picache, Alice Dixson, Buboy Garovillo and Ms. Gloria Romero as the supporting casts.

Two thumbs up for "Just One Summer!" It's truly GMA Films one of its remarkable successful film! c",)