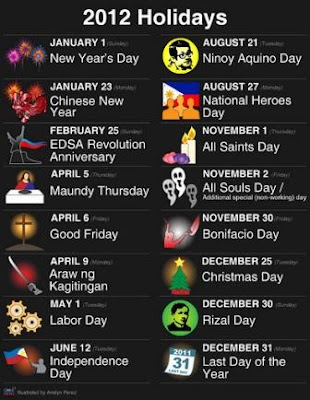 President Noynoy Aquino already signed the Proclamation No. 295 outlining the official holidays in the Philippines this 2012.

Well, start planning your vacation now and check out which of the following holidays has a long weekend! Here they are: 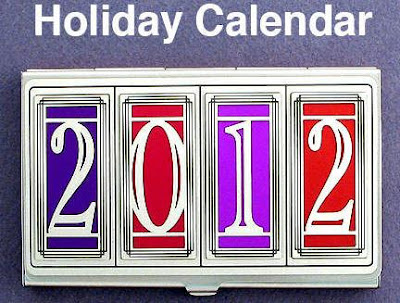 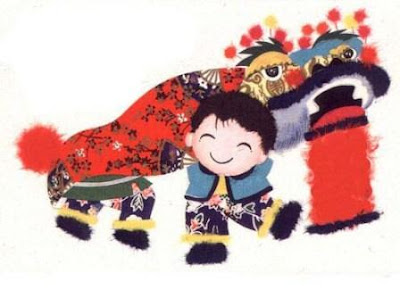 
C. Special Holidays (for all schools)


On the said calendar of holidays, the difference is the Chinese New Year! Yup, this year, it was declared as a non-working holiday! The reason for it is stated as: “The Spring Festival, popularly known as the Chinese New Year, is one of the most revered and festive events celebrated not only in China but also in the Philippines by both Chinese Filipinos and ordinary Filipinos as well; and the joint celebration is a manifestation of our solidarity with our Chinese Filipino brethren who have been part of our lives in many respects as a country and as a people.”

And I see that we have a long weekend on November 1 which falls on Thursday! Therefore, the suceeding day is also declared as a special non-working holiday! Yeepey!

And of course, the Christmas day and New Year's day fall on Tuesday so expect vacation in-between! Cool! c",)