The Unexpected Twists in 'Segunda Mano!' 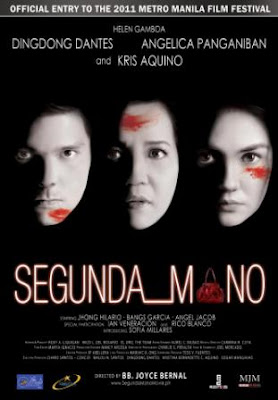 I could say that "Segunda Mano" is one of the best movies I have watched this year! Though it was not a pure horror everyone is thinking of, the story brings us more unexpected twists!

Last night, I watched the said movie with my GF in SM Mall of Asia! Originally, we were planning to watch "Shake, Rattle, and Roll 13." We came in the mall at around 7pm. But the next movie hour for SSR13 was at 11:30pm. So we decided to watch our second choice - "Segunda Mano!" The next movie hour of this horror flick from Star Cinema was at 9pm.

While waiting for the hour of showing, we roamed around the mall and spent sweet night together! 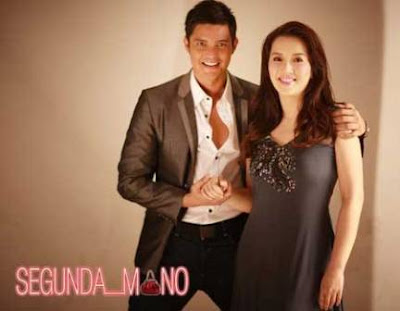 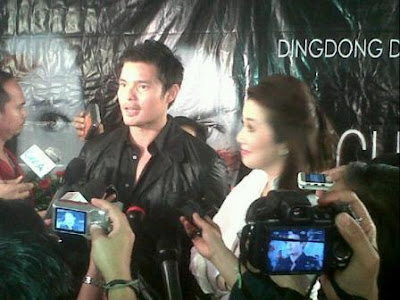 At around 8pm, we decided to go up the movie house. It was shocking to see that many people were falling inline for the said movie. As we have seen, "Segunda Mano" has the most number of viewers next to "Enteng Ng Ina Mo!"

People were very excited to watch this fourth horror movie of Ms. Kris Aquino. As the light was turned off in the theater, people were shouting!

In the beginning of the movie, you may say that it's an ordinary horror film with a very predictable plot! The owner of the red bag was revealed upon the start of the story! You will eventually know who is the ghost in the story who keeps on haunting the character of Kris Aquino as Mabel!

But as the story progresses, in the middle and in the last part of the movie, you will appreciate its essence! You will witness more twists and revelations you wouldn't expect! The purpose of the ghost haunting Mabel, the real killer in the story, the reason behind the lost of Mabel's little sister Marie, and the relationship of the characters of Kris Aquino as Mabel and Angelica Panganiban as Mariella were some of the twists in the film that surprised the audience!

In the movie, I can say that Ms. Kris Aquino is not only the Philippine's Horror Queen. She revives her previous title being the "Massacre Queen!" Yup, you will witness a masscre scene in this movie which once brightened the career of Ms. Kris way back in 90's (Remember "The Elsa Castillo Story?")!

There is also a touch of comedy in this movie! I love the cats which serve as 'pandayang pang-gulat', the character of Mosang which gives humor to the story, and of course the character of Ms. Bangs Garcia who is a 'kikay' bestfriend-sidekick of Kris! I bet Bangs for the Best Supporting Actress Award for this movie!

I would recommend you guys to watch this movie. In the end, you will find out that it's worthy! "Sulit na sulit ang pera mo at ang pag-uwi ko ng gabi kagabi!" Hehehe...I came home last night at around 12:45am! c",)