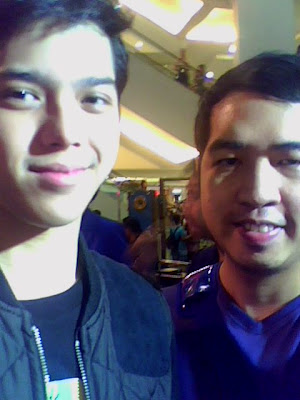 The recently concluded event of Hewlett-Packard or HP and Bangko Sentral ng Pilipinas or BSP which aims to promote original products and fight fakes allow me to mingle with celebrities. And I took my opportunities to have pictures with them!

The first one is with the young actor / singer Elmo Magallona. Yup, he is the son of the late Master Rapper Francis Magallona.

And here are some of our photos: 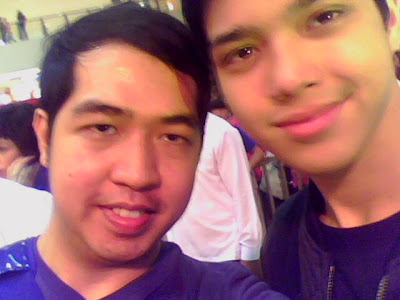 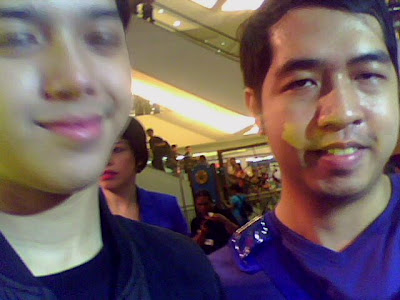 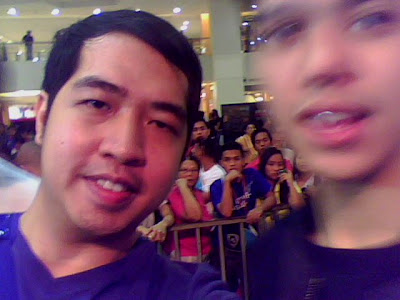 We couldn't have a perfect shot with Elmo (aside from the first one above) since we're on the middle of the crowd. "Sobrang dami ng tao" around him asking for his autograph!

Well, while he was signing his autograph, I came closer to him. Then say, "Elmo pa-picture!" And he willingly posed pictures with me using my cellphone. It's hard to fit both our faces together in the camera. "Medyo magalaw pa sa dami ng tao." But still, he is willing to have a second, third, and fourth takes! Hahaha!

We got four takes in all that's why we have four pictures together! It's up to you to chose the best shot!

Rocky and Elmo...I and Elmo look like brother together!

I also have other pictures with Elmo's mom Ms. Pia Magallona and with the singer-stylish Tessa Nieto-Valdez coming shortly...! c",)