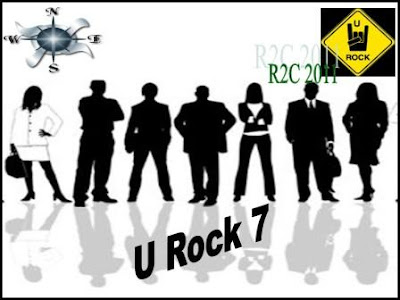 Our project or release which I handled for this year is already finished! And just like last year, I will conduct another round of the so-called "U Rock"!

It started before as "U Rock 5" which mean my top 5 top-performing people. But this time, it is "U Rock 7!" It's because, seven people really stand out!

The two pictures above symbolize my "U Rock 7." Yeah, the first one is my official "U Rock 7" design logo. As you can see, 7 shadows of people were there. That 7 shadows represent my Top 7 performers!

Just like I always do, I give gifts of appreciation! Last year it was a mini-pocket and a chocolate (Muchos). Now, can you guess what will I give?! Yeah, there is also a chocolate bar (another Mucho) but what do you think will be my souvenir or gift of appreciations?!

I will reveal it to you later. My "U Rock 7" awarding will be conducted tomorrow during our Team Building and Outing! So, you must wait for that! Enjoy! c",)