The Rock on the Glam Rock!

I know all of you really await for my attire for the said party. And I will reveal it to you now!

Here's how I look on the said Glam Rock party: 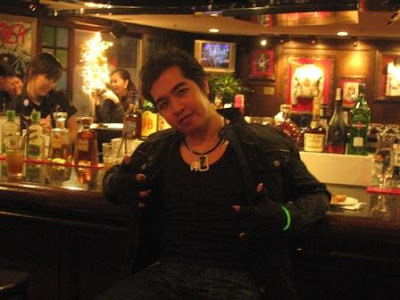 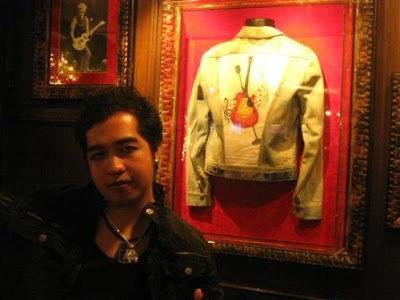 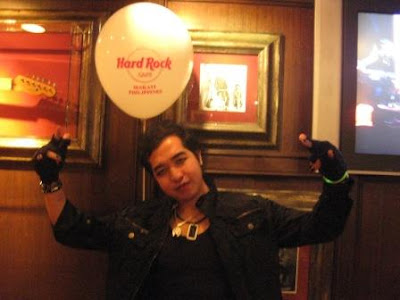 Haha! It's really The Rock on the Glam Rock! I really look like a real rocker on that glamor night!

All of my officemates truly appreciate my look during that night! They say, I really transformed! Some say, they didn't recognized me! Some thought, I was the rock band performer! Other says, I really look like the American Idol Adam Lambert! But many see me as a vampire! Yup, many say I look like Edward Cullen in the hit "Twilight" Saga!

I was an all-black man during that night. I wore a black leather jacket, a black fit sando inside, a black hand gloves, black accessories, black skinny jean, and black make-up! Black eye lashes, black eye make-up, and black lipstick were really in my face. And take note, my nail was even coated with black nail polish!

Do you like how I look during that night?! What can you say about my attire?! Do I really fit for our Glam Rock theme?!

So sad that I didn't got the Best In Costume Award for the said party! We came late because of heavy traffic along Makati so the committee didn't see me! All the people in the party were really voting for me. But it's too late! Hayz...better luck next time! I was so disappointed during that time!

On my next posts, I will share with you more pictures taken during that said Glam Rock party! Keep rockin' on! C",)