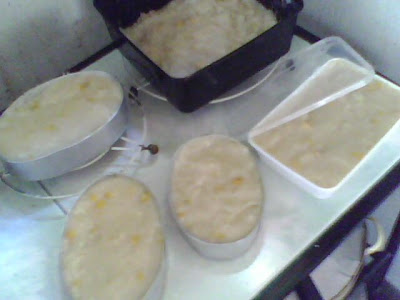 It's recipe time once again! I know you really missed my special recipes. So for this moment, I will share with you my newly learned recipe!

Last Sunday, I cooked two recipes. The first one is the so-called maja blanca and the other one is the Graham Dessert! I will share with you first the maja blanca.

At first, I didn't know how to cook this kind of 'kakanin'! I didn't even have an idea how it is made. Until one day, my officemate brought a maja blanca as our dessert for lunch.

Since I love to eat maja even before when my mom always bought it for us, I wonder how it was made. At first, I thought that it was just a harden 'gulaman' or gelatin. But it's not!

Out of curiosity, I asked my officemate how she was able to make it. Then she willingly told me! 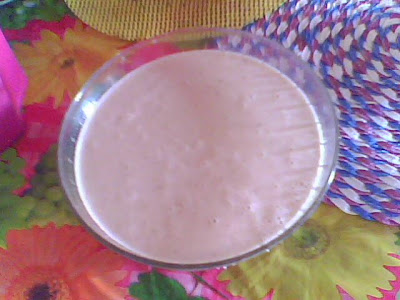 Mixing All The Ingredients in a Bowl 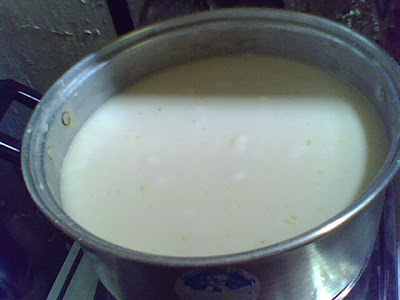 Boiling The Mixed Ingredients in a Stove
According to her, maja blanca is a mixture of corn starch, 'gata ng niyog', corn (the one in the can), and evaporated milk. Yup, actually this is all the ingredients!

Put all these ingredients in a bowl and mix. Taste it and ensure its sweetness. You may add sugar on your mixture. But when you use a condense milk instead of the evaporated one, I'm sure no need to add sugar since it is automatically sweet! But in my case, I put teaspoons of sugar since I use an evaporated milk!

When the mixture is ready and already taste good, it is now time to heat and boil it in the stove. So, I boiled it in our stove and wait for a couple of minutes. 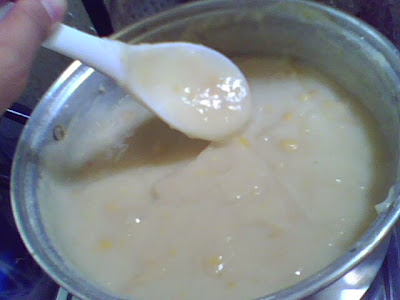 Cooking is Over When The Mixture Becomes Sticky! 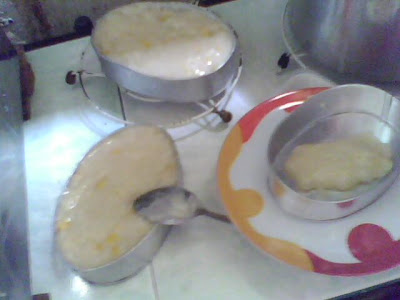 Putting The Cooked Maja Blanca in Their Respective Trays 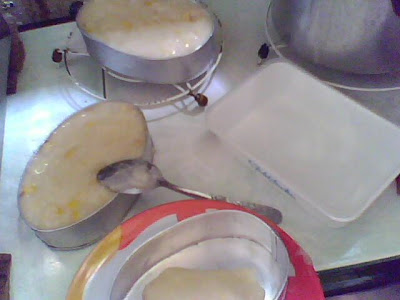 Afterward Let Them Cool and Get Harden
I always stir my mixture in our casserole to ensure that it didn't stick and harden while boiling. When the mixture is getting hotter and hotter, it started to coagulates!

How did we know that cooking and boiling of the mixture is enough?! Well, that was the same question I asked in my officemate. According to her, it is already cooked when the mixture becomes sticky! When it started to stick in your casserole or in your sandok, then cooking is over!

So, I followed her advice! I keep an eye in my recipe in the stove to prevent it from coagulation. But when it was already sticky, I removed it from the stove! Wow, this is it! My very own maja blanca recipe! Oh yeah!

After I removed the cooked mixture in the stove, I poured it in respective trays! Then I let them cooled and harden before placing the trays in the refrigerator!

That's it! It's simple right?! My mom was so happy that I can now cooked a special corn flavored maja blanca! Actually you can topped the finished product with peanuts or niyog. You can even put food colorings on it. That's why you often see a yellow maja blanca! But in my case, I retained it to be white!

Well, what can you say about my new discovered recipe?! Want to try some of it?! Pwede na bang mag-asawa...?! Sorry, I wasn't able to provide photogenic pictures of my recipe because it's too hard to take pictures while cooking! Haha! See you on my next recipe! C",)