History of the Blogs Chapter 3: "Then the 'Bits' Grow Into a Land"

And this is The Rock Land's story! 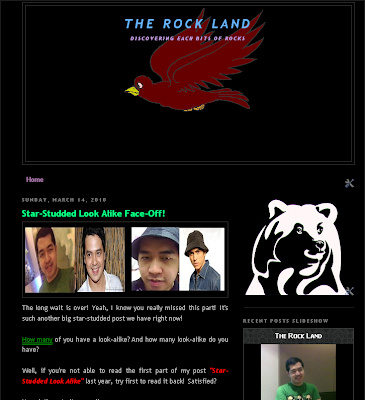 The Latest Design of The Rock Land
March 2008 marked the birth of The Rock Land. Since at first, it wants to be the continuation of the "Bits of Rockz", it was named as "Bits of Rocks II". But you may observed that z was changed to s as in Rockz changed to Rocks! But still roman numeral 'II' was retained to signify the second or part two of the defunct site.

The Former Name and Logo of The Rock land

The Rock Land's Current Logo
The first posts in "Bits of Rocks" were my three hit literary articles way back in college which were my poems "Rocky" and "The Lord is my Rock"! Of course my unpublished short story entitled "Pangitain" was also included! 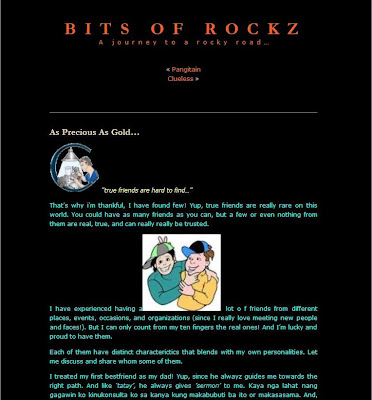 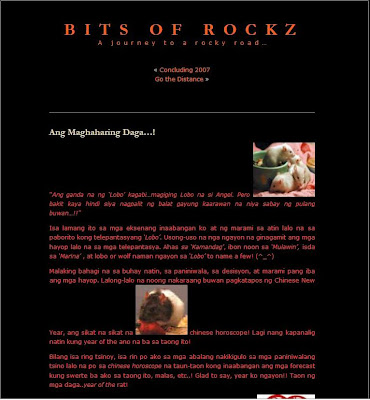 Hit Post from my First Blog Were Also in the Rock Land
Fresh new articles and features were published regularly. It even attracts more advertisers. But still, it was dedicated to me! The personal blog site of Rocky!

From April 2009 until now, The Rock Land is everybody's favorite blog site! More and more visitors came! More hits were generated! And of course, my followers and fans gradually grow! Thanks to all of you! =)

The Rock Land conquers them all! Even in Facebook, The Rock Land is a sure hit! Friends and unknown people keep on subscribing and responding! Truly, this site travels so far and will travel more farther...!

Thanks my dear readers! How did you like the evolution of The Rock Land? Well, see you later on the next exciting chapters...!!! c",)