Penulis Rocky Chua Diterbitkan 6:22 PM
Tags
black cat
creatures
cute
cute pet
fantasy
hunk
hunk model
Kokey At Ako
Miming At Ako
miming negro
my pet
Negro At Ako
picture
piolo pascual
pussycat
pussycat doll
rocky
Rocky Batara
Can you tell me what these two pictures below have in common? And what are their difference? How these two relate with each other!? 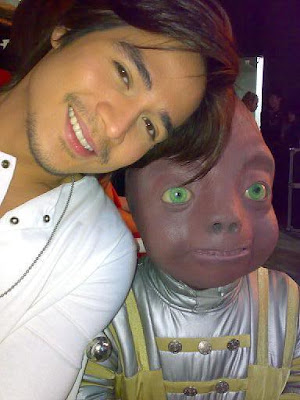 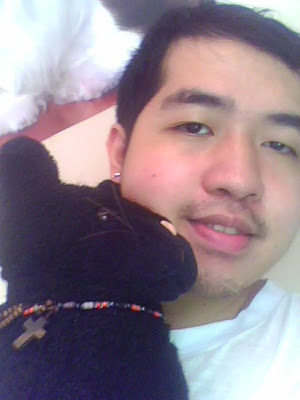 As I told you before, Negro is just like Kokey. Same with Rocky is like Piolo! Kokey and Negro were look alike as well as Rocky and Piolo looks the same! So combining us together, here's what you got...! We now have a two similar pictures! They were like a carbon copy of each other!

Of course if there would a fantaserye called "Si Kokey @ Ako", definitely there would be "Si Negro @ Ako" !

Miming Negro and Rocky have look alikes. Miming Negro is to Kokey while Rocky is to Piolo!

If I were to ask you, which of the two pictures you will love most, Negro @ Ako or Kokey @ Ako? Or better say, "Si Piolo @ Kokey" or "Si Rocky @ Negro" ?! Anyweiz...there is no difference whether choose Kokey between Negro or Piolo between Rocky since we were really alike! Convince?! Of course, nothing more, nothing less! =)

Now, anything other similar things you have spotted?! Feel free to give your thoughts being one of the fanatics! Why did Kokey and Negro were the same as well as why did Piolo and Rocky were alike?! In other words, two hunks have their own extra-ordinary creatures besides having similar faces!! Haha...! c",)