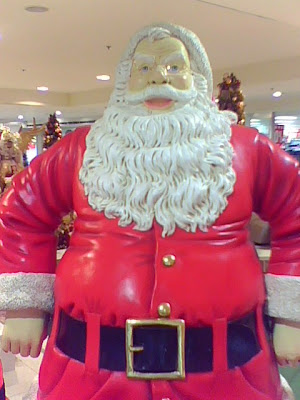 It's 15 days to go before Christmas...! Do you already buy your gifts for me?! Haha...!
Well, speaking of Christmas, besides the name of Jesus Christ, there is one person who really connotes this season! Yup, with his reindeers, sleighs, helpful dwarfs, and gifts for the children...who didn't know Santa Claus?!

As I promised, here is now my third part of my Christmas Special! Just like the previous two, I will share to you some of the pictures taken from the SM Makati mall. This time, it's now the turn for SANTA CLAUS ...the everybody's favorite!

List now your gifts and wishes as we browse the different versions of Santa Claus! 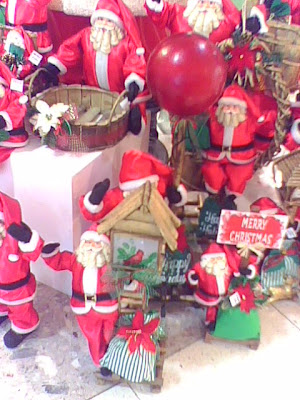 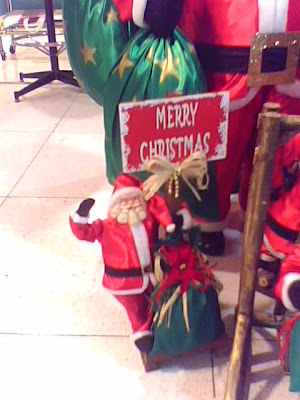 Your Gift is Ready! 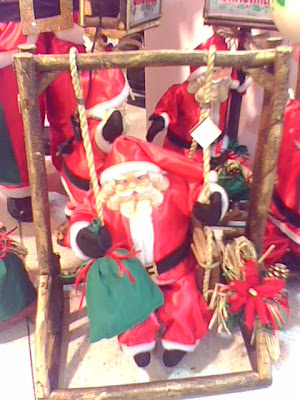 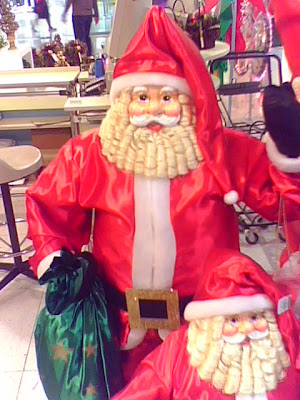 Big and Small, Still Santa...!
From these pictures, Santa Claus is always identified with Red cloth and white hairs. Of course, imagining how he looks, just think of a fat man with rounded belly! And when he's around, you will probably hear a hohoho sound, a laugh that is only license for Santa!

Way back in history, Santa Claus' real name was St. Nicholas. He was originally came from Finland, a country in Europe where there is snow during winter!

But majority of us know that Santa came from North Pole! Every Christmas season he go down from the North Pole and travel around the world with his reindeers to give gifts to the kind children. These gift were all wrapped by his helpful dwarfs! He enters your house through your chimneys!

These were some of the stories I know about Santa. I grew up with these beliefs about him. Actually during my childhood, I always wished to see Santa or grabbed a gift from him. I even used to put big Santa or Christmas sock in our door or windows. Then one day, I was glad to see money in this sock!

Well, do you believe in Santa Claus? Who is Santa? Is he really real or just a fairy tale!? And why did he became one of the famous symbols of Christmas?! 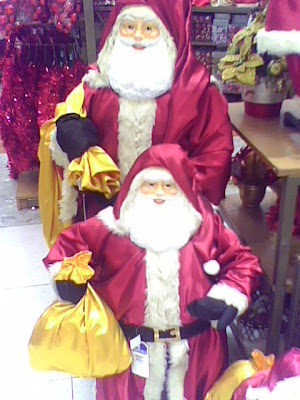 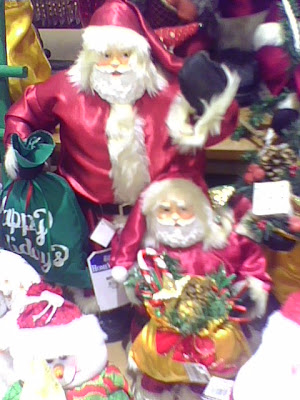 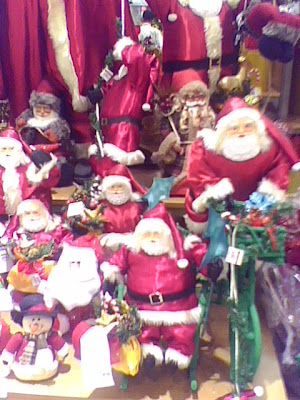 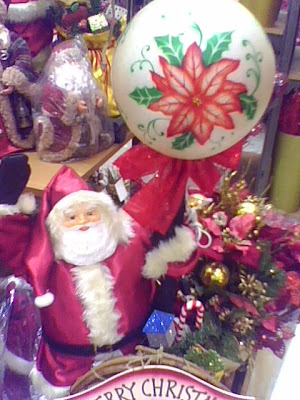 Welcome to the World of Santa Claus...! 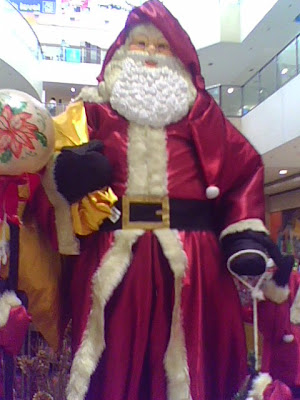 But how about you, do you believe in these stories? Who is Santa Claus for you?

Others also asked, why did Santa Claus called as Santa since he is a male?! Why not call him as Santo or Saint and not Santa!?

Now from my pictures of Santa above, which is your favorite? Which of them gives you the greatest impact? Do you prefer to see him in other costumes and in other colors beside the red? And of course, do you wish to see Santa in a new hunk and sexy image rather than in his traditional fat look?!

Again I'm very thankful to my digital camera mobile phone. It gave me a very good image of Santa Claus as well as in my previous photos. The color was so brilliant and true to life knowing that these were only the Santa Claus displays in SM mall. Also, I learned how to put angle in my target shots. Now, I can also be a photographer besides being a model in the different pictorial!s Hahaha...

It's your turn to choose the Santa of your choice! Or maybe, your choice of Santa was not include in my pictures!?

Hope you enjoy our Christmas travel with Santa Claus! Oops...this is not my last Christmas special because there are still two more symbols to go...!!! See yah! c",)