Stranded In a Bus Story! 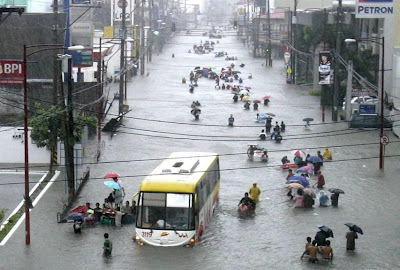 If you think my stormy day story ended after we go home from our office, you're definitely wrong!

Actually, this was the start of my more challenging experience on "Ondoy"! 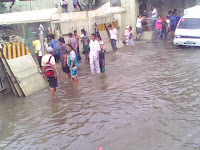 People Walking on the Flooded Street 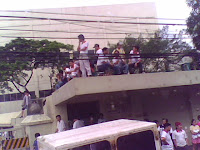 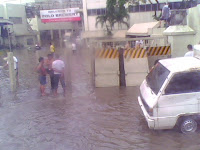 Still, The Road was Not Passable!

I got stranded in the bus! Yeah, I sleep in the bus. For almost 1 day, overnight...I was in the bus.

This is my story: 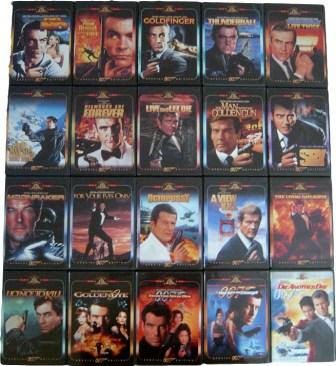 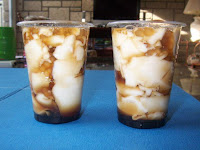 Thanks I Still Had An Sky Flakes Baon

After we left our office, we ride on to the brand new car of my officemate. Actually we were all seven (including the owner of the car who drive us) in the car. We tried to fit ourselves just to go home.

Each one of my officemates ride off to their respected places. Only the five of us left. We left our office at 1pm. We stayed on the car from 1pm up to 4pm due to traffic. Yup, we got stranded in my officemate's car on the way to EDSA Buendia because of the flood.

Since no mobility, Me together with my lady officemate decided to ride off the car and walk our way going to the Buendia Station of MRT. At 4:15pm, we were walking in the middle of the flooded EDSA!

As we go along nearer to the Buendia Terminal, the flood seems deeper. My officemate held me tight (since I'm taller with her)! We were not alone in the middle of the flood. We were walking together with the crowded people!

Atlas...we were finally in the Buendia MRT Station! We faced more and more crowd of people! Until we realized, we were already in the train. Thanks God, we got a seat!

At the North EDSA Station, we ride off the train. We moved away from each other and go to our respective place. My officemate decided to went first to Trinoma, while I already go down the MRT station to ride in the bus. 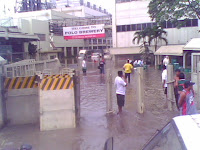 This was the Road After the Flood 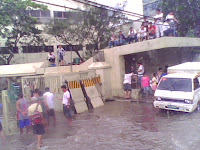 Low Flood was Still on the Road 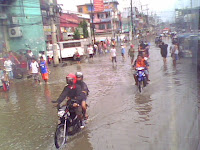 The Road was Passable for Motorcycles

At the North EDSA, a very long traffic chain shocked my face. At the same time, more crowd of people were walking!

Hayz...I already got an aircon bus! Since more bus infront of me, I prefer to choose the best and the most beautiful one. I ride in a fully air conditioned with Video On Board bus named 'AeroBus'!

Since many people were already on the bus, I still got a seat. Starting at exactly 6pm, I was already in the bus!

Many people on the bus get angry and decided to walk together with the crowd of people outside walking! I decided to remained in the bus together with the few passengers. Minutes passed, I asked the driver to allowed me to go down outside the bus to take a pee!
Up to 10pm, our bus stayed in Trinoma. The driver just opened the video board and allowed us to watch the James Bond movies! The bus had a collection of all the James Bond movies packed in one DVD! 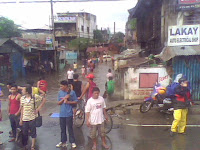 No Vehicles To Ride 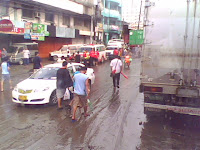 People Decided To Walk Rather To Stay In the Stranded Bus 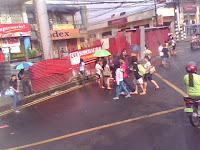 In The Morning After The Flood

Slowly, our bus was now moving! Slowly like a turtle walking, I then realized we were already in Monumento. At 11:15 pm, we already passed the statue of Andres Bonifacio!

I thought we could now passed the road and I could go home within that day, but then this will be the longest time I would be in the bus!

Yeah...we couldn't passed the road going to Valenzuela. The Cosmos Road and BBB were fully flooded! The flood was really overhead! So, we need to stay in the bus. We got stranded for a long period of time. That only means, I will sleep in the bus. I will stayed in the bus overnight!

My brother keep on texting me. My mother told that I should not go home. I should stay in the office. I couldn't text him back since I was no load that time. All the stores in the street were all closed! They didn't knew, I was already out in the office. I was in a bus for a long period of time!

Time passed! 11pm...12 midnight...1am...2am...3am...4am...up to 5am I was still on the bus! I sleep due to tiredness and fatigue! All the James Bond movies played in the bus were all finished! No more movies or sound in our bus but only an AM news broadcast! I ate no dinner at all! My last meal was in the afternoon. The meal provided by our office Admins!

At 4am and 5am, thanks God, there was a 'Taho' vendor who got up in our bus and sell taho to us. I bought two glasses of taho for 10 pesos each. The two small taho in a plastic glass together my sky flakes biscuit baon served as dinner and breakfast for my hungry stomach!

At 7am, our bus moved slowly from Monumento. At 8am were already in the middle of McArthur Highway! At 9am, we finally crossed the former flooded roads Cosmos and BBB. The flood then in those roads were now low. But still, the roads were all surrounded by brown sticky wet clay! I still saw some of the people on the roof tops. Many other cars were submerged on the floor! While on the bus, I still got the opportunity to shot pictures of some flooded scenes!

From AeroBus where I first ride, we asked to transfer to the other bus since they need to go back home. The second bus where we transfer took us home!

At exactly 10 am in the morning I finally got home! My mom was so happy to see me back home!

Well, this ended my story due to typhoon "Ondoy"! I still thank God that we were not affected much by this cruel storm the way he do to others! Thank you Lord! c",)


I also love the warm taho in a cold rainy day.