As Precious As Gold

Penulis Rocky Chua Diterbitkan 12:08 AM
Tags
"true friends are hard to find..."
That's why i'm thankful, I have found few! Yup, true friends are really rare on this world. You could have as many friends as you can, but a few or even nothing from them are real, true, and can really really be trusted.

I have experienced having a lot o f friends from different places, events, occasions, and organizations (since I really love meeting new people and faces!). But I can only count from my ten fingers the real ones! And I'm lucky and proud to have them.
Each of them have distinct characterictics that blends with my own personalities. Let me discuss and share whom some of them.

I treated my first bestfriend as my dad! Yup, since he alwayz guides me towards the right path. And like 'tatay', he always gives 'sermon' to me. Kaya nga lahat nang gagawin ko kinukonsulta ko sa kanya kung makabubuti ba ito or makasasama. And, ang galing nya magpangaral! Kaya nga sa 'fantaserye' namin, siya ang gumanap na 'Dakila' bilang ama ko habang ako naman si 'Aguiliuz'! And I shared with him all my secrets (the deapest ones), like a son confessing to his father! 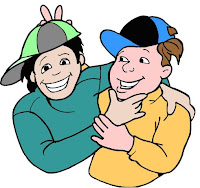 My second bestfriend was cool, hip, and really 'bigaon'. I really like this girl since she really really make my bored world happy and jolly. Makulit, kalog, kwela, masayahin...name it she have it! Sabi nga nila, 'karinderya' raw ito na bukas sa lahat ng kakain! ,"0 I alwayz share with her my secret prospects and crushes, lahat ng magugustuhan ko kinukunsulta ko sa kanya! And I hear from her her approval kung papasa ba or maghahanap ulit ako ng iba! It's up to her if 'above or below sea level' ang type ko. Pero ako pa rin ang masusunod! Sabi ko nga sa kanya, you're my 'sidekick' since she kicks out my mad world!

Penulis Rocky Chua Diterbitkan 1:47 AM
Tags
Unexpected...accidental... intentional...or should I say destiny had moved the way?
You cannot predict what will going to happen or what your fate offers to you. Maybe you wish for someone to be with you, and you didn't know how that wish will be granted. But suddently, you didn't expect that the hands of fate has something to do for that wish. You didn't even know that it is 'already written in the stars' that the two of you is yet to meet. That the path for the two of you will soon to be collided!
And now that the twist was already there, and you already had the 'wish' on your hands, what will you do next to keep that grant on your hands? Day by day, the feelings get stronger and you realized that you already fallen deeply to your 'former wish'!
But the question is, it is not yet the right time for the two of you. It is not yet the time to keep or to hold on your 'grant' deeply. Deeply and deeply until you ultimately fall. You still have a priority, a goal, and ambition greater than your 'wish' that needs a much attention and more focus. What will you do if you already 'fallen'? The question now, "will you catch me if I fall..."?
It's just a brief interrude to my new soap. A series recently started in a ligher way (in contrast with my previous hit fantasy-series). Now that the 'season' have started and a place in my heart was just created deeper and deeper (?), the only thing, the only wish, and request from the bottom of my rebuilt heart and brilliance mind, was that...catch me if I fall!
Thanks for Ms. Toni Gonzaga that sings one of the rhythm of my heart now for these days, "Catch Me I'm Falling". I like to share it with you to build a new inspiration, a new new hope, and a new dreams and endeavors to all our hearts... Just like what happened to me! It now builds a new fighting spirit in a lighter way but deeply inside to come across the road...!

It started in September...

Penulis Rocky Chua Diterbitkan 1:36 AM
Tags
It Started in September....
Well, today is September 14
It's now exactly 2 years since it was started. ..way back September 14, 2005. The very start of the series. An unexpected moment that eventually turned my life upside down. A very little thing that suddently puts me on the stardom.
September 14 for me this time was just a memory to live by, a story that we could all view as a replay of the past. A series or should I say a 'fantasy series' where I play rather we play vital roles! September 14 starts the mystery and magic when cupid crossed my way unexpectedly on the hallway of our building. I still remember, I was in a hurry to catch up the last minute of our class when I spotted someone on the door of our suppose to be room wearing a 'trademark color'. A simple smile strucked my heart in an instance. But on that very moment, I don't know what to do, I don't know what to say, I just pretended to be "dedma" or "patay-malisya". But I promise to myself to find that very simple smile...
Months ago, then again, destiny collided our way! In an acquintance, I find whom I looking for. Until the bird flies out! And i know whose the owner of that great smile, of that great color. Then the season 1 of the love story just started.
Time goes on and on...until the twist gets stronger! A more deep story took place involving different scenes or scenario, many persons involved (both friends and enemies, both the real and the fraud), more plots widen, many places served as the tapping venues. As a phenomenal hit gets stronger, the contract got extended. Season 1 extended up to Season 4! More battles and sacrifices took place! It really puts us on stardom! It made me a real 'Big Star'!
Just with the saying, "all things has a start and an end", the romance-fantasy series come to its final destination! March 31, 2007 marked the final episode! As it starts well, it still ends well!
September 14, 2005 was the pilot episode. It runs for about 1 year and 6 months with 'Flying Colors'! It builds the stronger version of me!
I still remember, 'it started in September'.....! 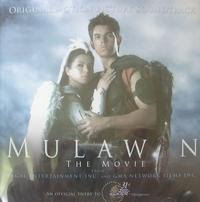 We always dream to see again the person we love most. As they say "absence makes the heart grow fonder..." But what if you didn't anymore love the person you love so much before?!! Minsan handa nating ipaglaban,

gawin lahat, at magsakripisyo makapiling lang ang taong akala nati'y mamahalin natin ng habambuhay. Akala mo minsan siya na, ngunit hindi pala!
Everything in this world changes. Pati pala ang pag-ibig, nagbabago rin! Akala mo noon ang taong ipinaglaban mo nang abot-hanggang langit na pag-ibig ay biglaang maiiba, ito pala'y maglalaho rin. Just what my friends ever said, "lilipas rin 'un" or "malalaos rin kayo...!" Tama nga, magigising ka na lang isang umaga na wala ka na palang nararamdaman sa taong ipinaglaban mo minsan sa buhay mo.
To all the person who indeed fight for love and for their love ones, let me share with you a song that once glew my heart. A song that once serve as my fighting spirit to fought for everything that meant for us to own.
Tapos na ang pakikipaglaban ko dati bilang mandirigma at sabi nga'y 'savior' sa lahat ng larangan...for fame, career, ambition, and love! I once lived as a powerful savior (just like Aguiluz in a telefantasya). And now I am starting my New romantic story but interrupted for the meantime just because I need to focus for the more important one. Naku, malapit na po ang Nobyemre...ang huli kong pinakamabigat na laban...!!! (buti na lang magaling ang tadhana, pinaglapit man ang dalawang puso, it created a new path apart to be able to concentrate for a vital one)!
Though the feeling was gone, it inspiringly pleasant to look back the great love that once built a new you. Now that I am preparing for my upcoming great fight, for a while I will sit back, relax, and commemorate the past. Makita ka mang muli, wala na ang dating ipinaglabang pag-ibig... 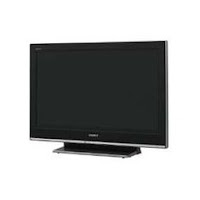 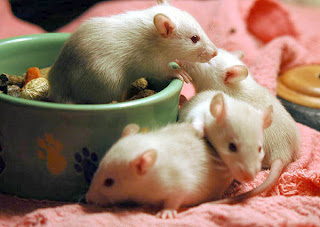 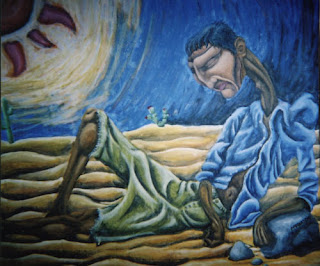 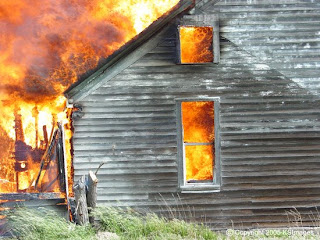 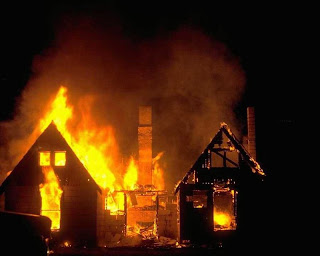 Let me share with you a 'slight horror' short story written by me. Yup, I wrote this short story two years ago when I was still in college and was the current Managing Editor of our official school publication. It was supposed to be published March this year before we graduate, but due to 'certain controversies' it was remained “unpublished” !Since I have now my online blog, let me share it with my avid readers. It leaves us a lesson to look upon. Enjoy reading and I expect comments from you! (^_^)

The LORD is my ROCK 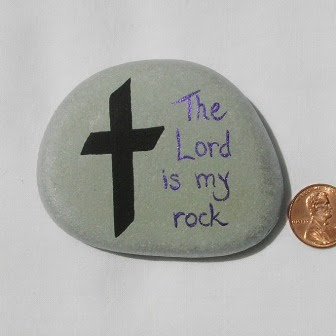 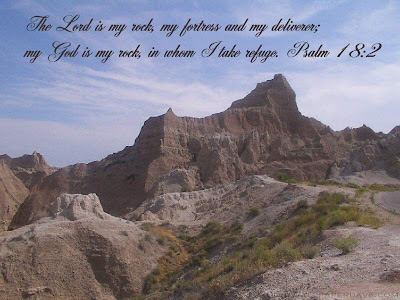 I'd like to share with you another poem which I wrote last year. I wrote this poem during the time that I was inspire, inspire to face challenges, inspire to take the risk, inspire to face all the difficulties I have encountered. The Lord gave me all the courages, with His help and guidance, I top them all. I always pray, and seek the help of our dear God during the time of crises, time of joy, ups, and downs.
Sad to say it was unable to publish in our publication, so I share it with you to give you an inspiration...

The Lord is my Rock 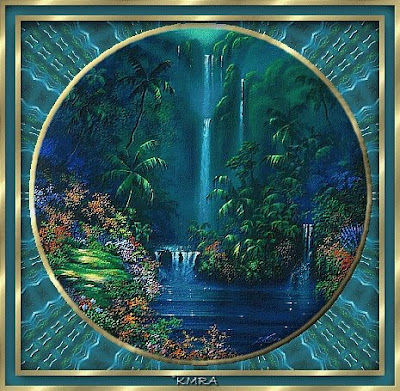 Just wanna share with you my poem which is my self title as an introduction to my blog. I've just created this poem four years ago and was published to 'Kalyo', our officicial school literary publication...
rocky
God allows life to be rocky…
full of trials, full of challenge
full of pains, full of aches
full of sufferings, full of cracks
full of fears, full of threats
full of droughts, full of crimes
full of angers, full of wickedness
full of betrayals, full of temptations
full of darkness, full of evilness.
He lets everybody to be rocky…
to be hard, to be strong
to be courageous, to be tough
to be burly, to be sturdy
to be bully, to be ruffian
to be fighter, to be assertive
to be vigorous, to be coercive
to be intensive, to be forceful
to be hopeful, to be faithful
He polishes rocks to be glossy…
to turn rough into smooth
to use pains to lead compassion
to turn fears into faith
to use greed to lead forgiving
to turn doubts into trusts
to use weakness to lead courage
to turn black into white
to use angers to lead love…to lead peace!
Life is rocky…
that sways to and fro
that moves backward or forward
that totters and shakes on every beat
that continuously grind, dig, and crush…
not to put all into dust…
but to shine all into PRECIOUS GEMS…!
(A poem written by Rocky C. Batara, March 2004, Published..)
Newer Posts Home
Subscribe to: Posts (Atom)